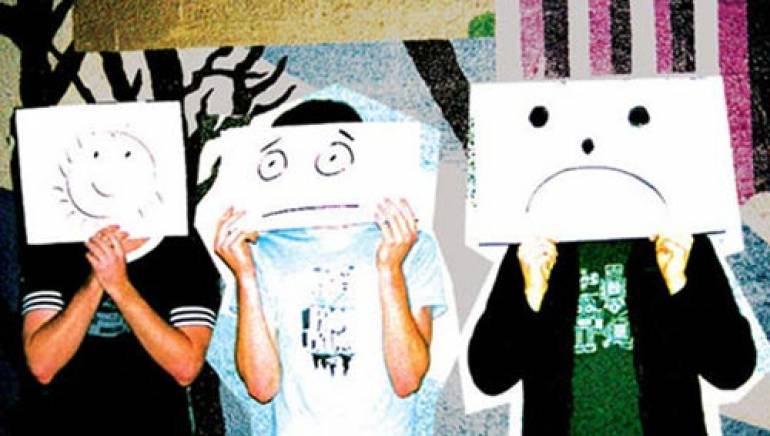 From the minds of songwriters Greg Barkley and Daniel Hoxmeier comes a catchy post-pop band that loves themselves a tasty melody. Both Greg and Daniel were home schooled through high school and, for lack of anything better to do, learned to play the guitar and any other useful instruments they could get their collective hands on.

Teaming up with Joel Calvin (drums), they formed the band (poor) yorik, an experimental rock band, which after 8 months they decided was a much too depressing style of music. The trio spent a month in deep meditation and self reflection (during which Joel found inner peace), and it was decided that they would from then on be called The Jolly Rogers.

However, upon discovery of several pop-punk bands from Nebraska and Florida, and a group that frequents renaissance festivals dressed in pirate garb, the band decided it was time for another name change. They chose Oh No! Oh My!, named for a song by The Robot Ate Me.

In July of 2005, the band began work on a brand new collection of songs after a demo from the year prior was met with a strong response over the internet. Greg and Daniel moved in January 2006 from their Hometown in Austin, TX, to their temporary home in Nashville, TN, to go to an Audio Engineering school for 9 months. Joel soon followed in April, and now the band are set to to release their first full length album on May 2nd.

After school is finished on September 30th…who knows what the future holds for Oh No! Oh My!? There our rumors of a thing similiar to a tour in the works…so that the band may find its new home in the USA…where will they end up? New York? Chicago? Seattle? Portland? Or right back where they started…in Austin? No one knows…

SOURCEMusicWorld TAGS Pop Rock Musicworld On The Scene Artists Oh No! Oh My!