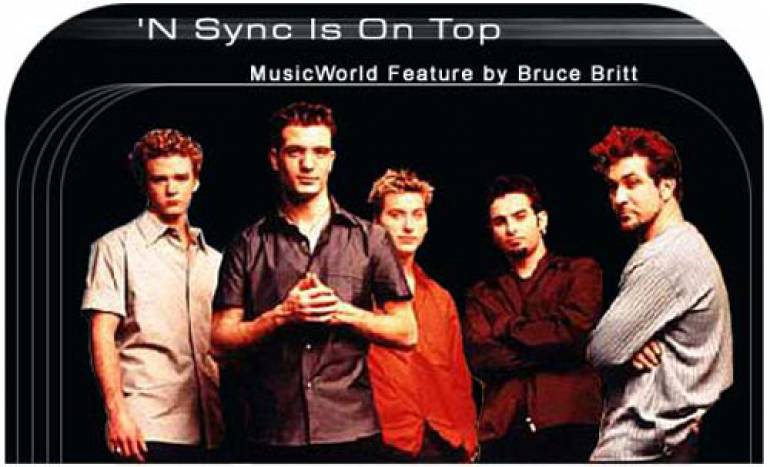 You either love them or hate them. If you're a teen-aged girl, chances are you're mesmerized by their exuberant charm and soulful harmonies. If you're a boy, you probably regard them with envy and jealousy, though you'd never admit it. Some adults view them as a sort of contagion - a pernicious influence on modern music.

Like The Beatles and Madonna before them, *NSYNC is a pop act that inspires passionate debate. Their positive image and catchy songs have been embraced by a generation of adoring females and boyfriends smart enough to go along for the ride. They have received the support of respected r&b acts like Sisqo and Lisa "Left Eye" Lopes of TLC, yet critics like rapper Eminem dismiss them as musical mediocrities.

The criticisms have had absolutely no negative impact on *NSYNC's fortunes. In fact, the group's new Jive Records album, No Strings Attached, has broken sales records. What's more, singles and videos like "Bye Bye Bye" and "It's Gonna Be Me" are oft-requested radio and MTV staples. And though some continue to dismiss *NSYNC as lightweight teen phenoms, closer inspection reveals them to be courageous risk-takers. Indeed, the quintet recently gambled with their multimillion-dollar careers, and won.

But the drama took a curious turn in March when *NSYNC's long-awaited new album was released. No Strings Attached sold a staggering 2.42 million copies in its first week of release - more than double the previous record of 1.13 million set by Backstreet Boys just months earlier.

For the members of *NSYNC, the historic debut was a sweet triumph. The group had recently parted ways with their manager and in the wake of the split, *NSYNC seized control of their future. Chasez and Timberlake composed tunes for the group's highly anticipated sophomore album. They titled the new disc No Strings Attached in celebration of their newfound freedom.

By dramatically demonstrating their chutzpah, business smarts and musical skill, *NSYNC impressed even their staunchest critics.

'N Sync will be featured July 27 on the HBO special, "*NSYNC Live from Madison Square Garden."