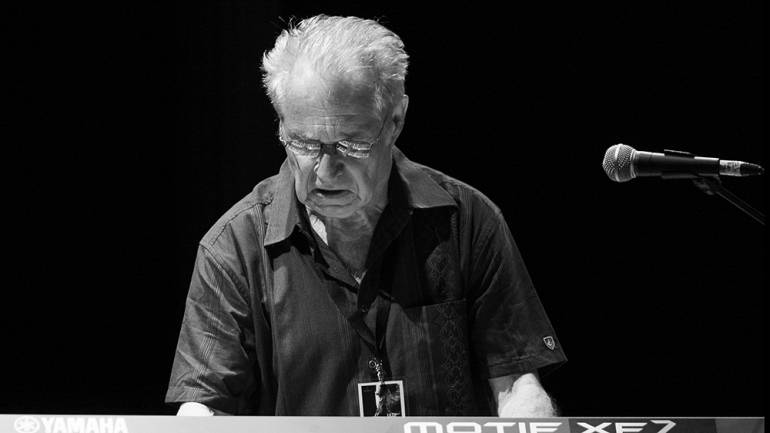 Legendary pianist, producer and composer Dave Grusin has been nominated for 38 GRAMMYS (winning 10), one Emmy award and four Golden Globe awards. Of his 8 Academy Award nominations, he took home the Oscar for Best Original Score for The Milagro Beanfield War. He has worked with a boundless list of iconic names that includes Quincy Jones, Barbra Streisand, Warren Beatty, Steven Spielberg, Sydney Pollack, Robert Redford, Renee Fleming, James Taylor, Paul Simon, and many others. His six-decade-long career has resulted in some of the most moving and memorable music for blockbuster films such as Tootsie, The Firm, On Golden Pond, The Fabulous Baker Boys, and Three Days of the Condor, and television shows Maude, St. Elsewhere, Dan August, It Takes A Thief and Good Times, to name just a few. Now these accomplishments, as well as an intimate look into the man himself, are woven into the kind of inspirational and uplifting film we all need right now, Dave Grusin: Not Enough Time.

Along with these special guests, the documentary features excerpts from Grusin’s concert performances at some of the most prominent Jazz Festivals in the world; interviews with over 30 major figures in music, film and journalism today (as well as Grusin family members); stories about his adventures during the 1960’s in France and Brazil working with Quincy Jones, Michel Legrand and Antonio Carlos Jobim; excerpts and music from many of his Oscar-nominated films; as well as interviews with key administrative personnel and musicians at the center of the rise of GRP records, the largest selling jazz label for five consecutive years that was founded by Grusin and Larry Rosen, who developed the groundbreaking GRP sound, and much more.

With the VIP release of Not Enough Time set for this Sunday, August 30, and global release on September 30, BMI wanted to give readers a snapshot of Grusin ahead of what promises to be a much-needed positive and engrossing film, which you can also read about here. Grusin graciously answered our questions via e-mail. Here’s what he said.

Tell us a bit about your musical background, how you got started in the business, and what key relationships you formed.

My musical background was basically piano lessons as a kid, from Mrs. Stephenson, the only musical game in town. During her long tenure as a teacher, she basically started every kid who took piano lessons in Littleton, Co. during my childhood. Later, during high school, I studied piano with Andrew Rigg, a teacher at Denver University. In college my piano professor was Storm Bull, and I studied composition with Cecil Effinger.

My “music business” beginnings were with singer Andy Williams, whom I toured with as music director in the late 50’s & early 60’s. That led to being able to work with the NBC studio band in Burbank, for his show (and others). A huge break!

Tell us about the documentary, how it came about and the significance of the name Not Enough Time.

The documentary is the brainchild of Barbara Bentree and John Rangel, friends and neighbors in Santa Fe. They are both beautiful musicians, and Barbara was beginning her other career as a doc. film maker. The title comes from my bad habit of procrastination, so when it’s almost too late, I jump into a project at the last minute. (My bad.)

You’ve worked with such an incredible roster of artists. Which ones stand out the most and why?

Without playing favorites, some of these people have had a profound effect on my musical attitudes, and I consider them part of everything I do going forward: Steve Gadd, Marcus Miller, Clark Terry, Quincy Jones, James Taylor, Peggy Lee, Sadao Watanabe, Eric Marienthal, Diane Schurr, Spike Robinson, and of course, Lee Ritenour. (And way too many others to mention.)

Tell us about GRP Records, the first completely digital record label. What inspired you to co-found it and did you have any idea at the time of how it would change the music industry?

GRP was the brainchild of my old partner, Larry Rosen. He was the drummer in the Newport Youth Band when I met him at 19. He already had a huge interest in recording technology, and as it grew, he grew with it. He put a studio together in his house in NJ, and we began recording young artists like Dave Valentine, Angela Bofil, and Noel Pointer.

Larry was also an instinctual business guy, and he made a deal with Clive Davis at Arista Records for a distribution deal. And when digital technology came along, he was all over it. I was basically along for the ride… if Larry thought it was a good idea, I was there.

You have such a unique blend of styles. How would you best describe your music?

I don’t know what kind of category I would fit into….I guess if a genre had some positive attraction for me, I’d investigate it. The best thing for me has always been the fun of improvisation, so that can apply to jazz or any other style.

When writing for a film, what objective do you keep front and center in your mind while you’re composing?

I believe film music’s principal role is triggering an emotional response to the scene. So the first job is determining how a director wants his audience to react, and then finding musical motifs that will enhance that reaction. Ultimately, the aesthetics of the music have to fulfill that duty, so that’s how I determine if the score is working or not.

Which of your projects are you most proud of?

As with our children, we can’t really play favorites. But my criterion for judging my own success is: does the score perform its duty (see # 6), and do I personally like how it sounds. I think On Golden Pond matches that criterion for me….but behind the scenes, I was given a perfect visual palette by the cinematography and editing….like a beautiful travelogue. Hard to miss.

What is it like to see your life on screen and hear so many people talk about you and your career?

Firstly, embarrassing. But ultimately gratifying to hear my friends and colleagues make these tributes….I’m very grateful.

I have no idea. They’re no longer calling for film scores, so I’ve slipped into more performing (mostly with my buddy Lee Ritenour). And who knows how long that will continue? Or with COVID, if it will ever pick up again….I only know I’ll probably keep messing around with music, one way or another. Because that’s basically all I know how to do.

When the mechanism of royalties was explained to me in the 60’s, I was doing film television (mostly sitcoms), and the idea that performances could generate future income sounded genius to me. Little did I realize how crucial it would become; BMI has seen me through some pretty slim times, and I couldn’t be more grateful. Thank you!! 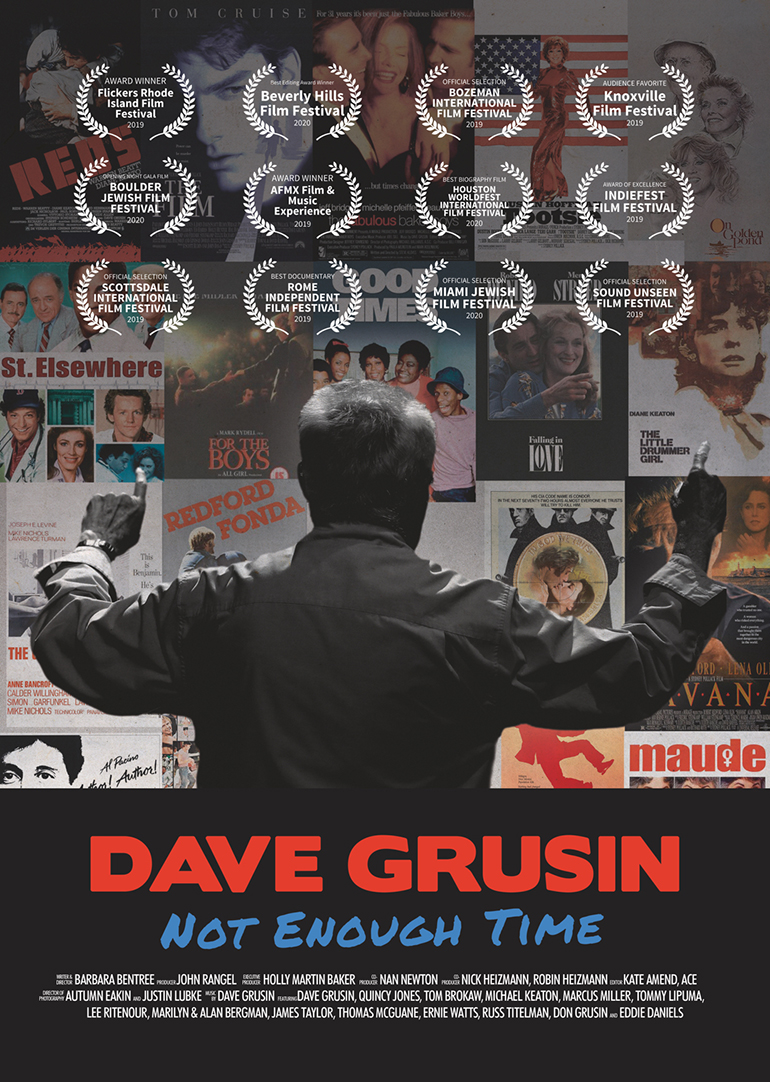