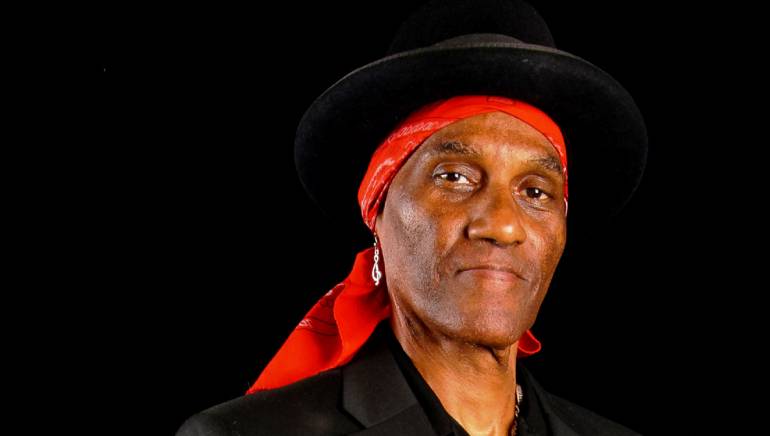 There is really only one accurate way to describe longtime Broadcast Music, Inc. singer-songwriter Cyril Neville’s sound and it consists of just one word: gumbo. On September 10, the 64-year-old Southern icon serves up his latest album, Magic Honey. Recorded in Bogalusa, Louisiana, produced by David Z (Prince, Etta James, Buddy Guy), and backed by an all-star band that includes Cranston Clements on guitar, “Mean” Willie Green on drums, Carl Dufrene on bass and Norman Caesar on keyboards, it’s sure to delight longtime fans while introducing new listeners to the work of a master chef.

“I wanted it to be a throwback to the stuff that I grew up listening to in New Orleans but at the same time futuristic,” says Neville of the project, which blends together many different flavors, including blues, funk, rock and reggae. “I made sure there was something there for everyone, including the fans who have been following me since the Meters. Blues is the basis for a lot of what I do, so it starts out with straight-up bar room blues but then it ends with a little island flavor because I really believe that New Orleans is the northernmost point in the Caribbean,” adds Neville.

For a musician of Neville’s caliber, every new record represents a spiritual journey. To him, music has the ability to not only entertain, but also uplift and transform. And if there’s one thing he hopes people will get out of this new album, it’s joy and soul. “I hope they have not only a musical but a spiritual experience with it,” says Neville, who invited wife Gaynielle and son Omari to sing background vocals on Magic Honey. The album’s prestigious guest list also includes Allen Toussaint, Dr. John, Walter Trout and Neville’s Royal Southern Brotherhood bandmate, Mike Zito, all of whom have contributed greatly to the New Orleans music scene.

In some ways, Neville cannot help but make beautiful music. Not only did he grow up in a city known for its rich sounds, he was actually born into a family of musical legends. He and his older brothers Charles, Aaron and Art, collectively known as the Neville Brothers, are considered to be New Orleans’ first family of funk. But before they formed that group, Cyril was just a pre-teen kid, watching Art rehearse in their living room with his 1950s band, the Hawkettes. “I got to interact with some of the greatest musicians New Orleans ever produced, right in my living room, but it started with my brother,” says Cyril. “Art was on Specialty Records and he was coming out of that radio right along with Fats Domino and Little Richard and Chuck Berry and all of them. They went out of their way to give me any kind of assistance that they could, especially Art. He didn’t just talk about it, he brought me along so I could feel it and experience it. I was really blessed to come up like I did.”

Cyril’s first gig was at age 19, with Art Neville and the Neville Sounds (alongside his brothers Art and Aaron). He later joined Art’s funk outfit, the Meters, adding his congas and vocals to the mix on such landmark albums as 1972’s Cabbage Alley and 1975’s Fire On The Bayou. The Meters had a superfan in Mick Jagger, who invited them to open up the Rolling Stones’ United States stadium tour of 1974, with Cyril on lead vocals. When the Meters dissolved in 1976, it cleared the path for the siblings to regroup as the Neville Brothers and embark on a decades-long hot-streak – from 1976’s Wild Tchoupitoulas, through 1989’s Grammy-winning Yellow Moon, to 2004’s Walkin’ in the Shadows of Life. As if that weren’t enough, Cyril’s musical résumé also includes collaborations with icons such as Bob Dylan, Bono and Willie Nelson.

With everything that he’s accomplished, Neville could realistically just sit back and collect royalties. Instead, he continues to challenge himself while staying true to his essence. “I love how it sounds,” he says of his latest dish. “The songs themselves all stand on their own so I can just put the record in and let it play and I hope it’s the same for the fans. Every song is a different spoonful of the gumbo.”