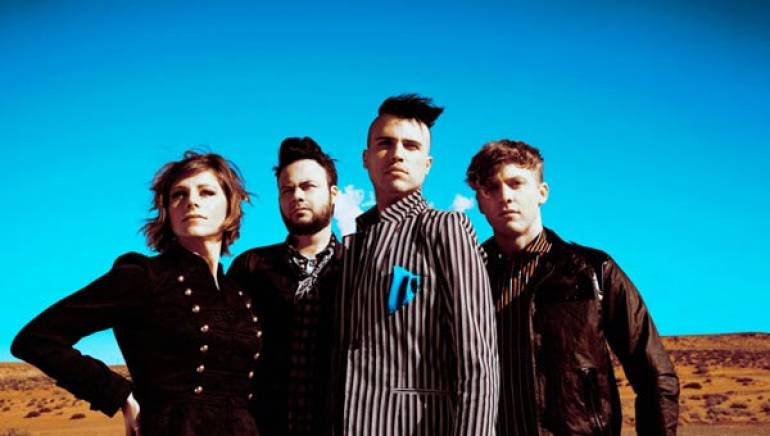 If the idea of “Utah glam rock” evokes images of wholesome Osmond boys in thick black eyeliner, then you haven’t heard Mercury/Island Def Jam artist Neon Trees, a foursome which has managed to defy both stereotypes.

“We’re probably more glam rock than Utah,” laughs Glenn. “The glam rock part comes across a lot more in our live show. We have a lot of that energy and showmanship.”

The group’s early roots are in Southern California, where Glenn and Neon Trees guitarist Chris Allen were neighbors and played in garage bands. When Allen moved to Provo, Utah, for college, Glenn followed to keep the musical partnership alive. In Provo they added Branden Campbell on bass and drummer/vocalist Elaine Bradley.

“Punk bands and old rock bands really inspired me,” Glenn says of his musical influences, which are evident on Habits. “Later, when I began really studying music, I loved Springsteen, Michael Jackson, and Morissey. I enjoy the drama Morissey brings to his shows, and I love Bruce Springsteen’s storytelling, the bravado he brings to the stage.”

“It was a super tiny, personal show,” Glenn recalls, “but he noticed that we played like there were a billion people in the audience. A month later he offered us the opening slot on some shows. We were all down on our luck and broke and not sure where this band thing was heading, so that helped start the fire.”

Up next, the group performs at South By Southwest, which will be followed by spring tour dates with 30 Seconds To Mars.