Posted in MusicWorld on February 18, 2009 by Bruce Britt 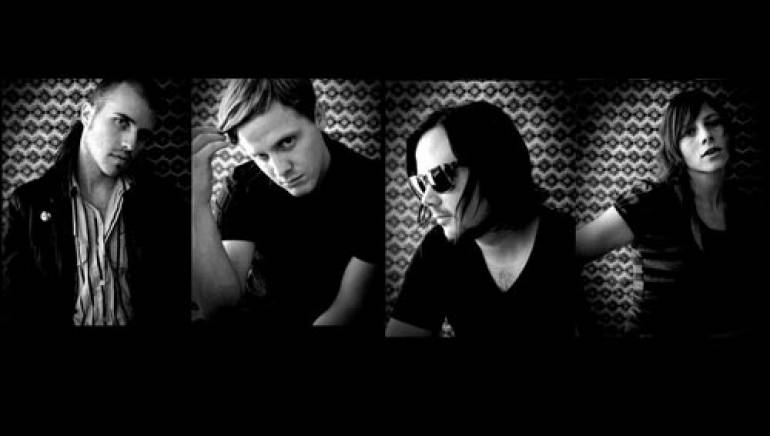 In 2008, Neon Trees was just another band toiling in the clubs around Provo, Utah. Fronted by charismatic singer-songwriter Tyler Glenn, the band carefully crafted a contemporized new wave rock sound, combining the flag-waving fervor of early U2 with the yearning emotionalism of Depeche Mode and The Cure. Utilizing YouTube and their MySpace page (www.myspace.com/neontrees), Neon Trees earned exposure for original songs like “Girls and Boys in School,” “Drop Your Weapon” and “Sins of My Youth.” But living in relatively remote Provo, Glenn and crew had little reason to believe they would ever rise above local hero status.

Then came “the phone call.”

On the other end of the line were world-renowned rockers, The Killers, calling to offer Glenn and his cohorts the opening slot on their 2008 North American tour. “I remember skipping home and thinking, ‘wow, maybe this is gonna be something’,” Glenn recently told BMI.com.

As the Neon Trees’ saga illustrates, modern telecommunications marvels like the Internet and cell phones make it easier for bands in remote locales to get noticed. “These days, it doesn’t matter as much where you’re from if you get out enough,” Glenn says. “It’s a different day for bands.”

Composed of musicians from competing bands, Neon Trees held their first rehearsal in a Provo basement in 2007. When Glenn and guitarist Chris Allen teamed with drummer Elaine Doty and bassist Branden Campbell, the result was an explosively creative session that spawned six new songs. The chemistry between the four was so powerful, drummer Coty actually wept with joy.

The band jumped headlong onto the Utah music scene. The Killers tour firmly placed Neon Trees on the list of groups-to-watch in 2009. Glenn and his comrades recently signed to Mercury Records, with their major label debut slated for late 2009 release.

Earn your hipster bragging rights, and start supporting them now.