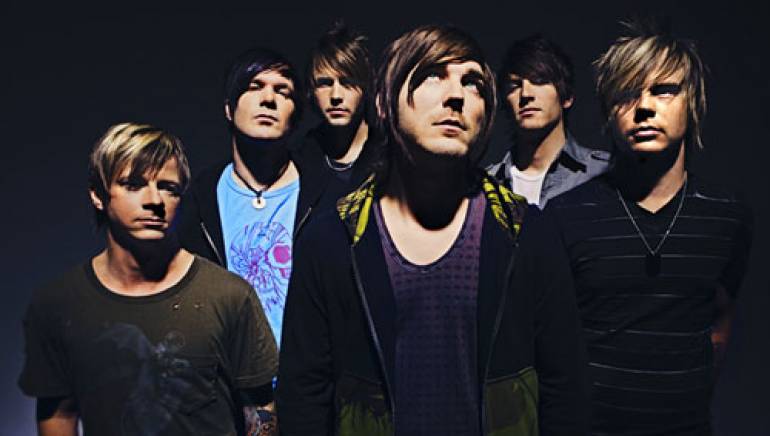 Hawaii is known for many things: colorful shirts, amazing surf and tropical weather. This state is not typically known for producing powerful rock music, until now.

“Stand close, I’m about to explode!,” sings Danny Casler, front-man for National Product. You will not find a more appropriate lyric befitting the universal power and potential that Luna, the band’s debut release, brings to the forefront of Rock. Luna arrived August 7, 2007, just in time to change the course of your summer.

National Product began as a group of friends from the island of Oahu. As band-mates and creative partners, they became a tight family of brothers, committed to their musical vision and their desire to touch as many lives as possible. With such lofty goals, they soon realized that they needed a broader base than what was available to them on the island:

“I think the underground community that we had was very special; it was tight knit and everyone knew everyone else — all the bands that grew up out of that were like family members,” Danny explains about Hawaii’s music scene, which is best known for traditional and reggae music. “There are a lot of great bands here, but none have ever had mainstream success because it’s really difficult to crossover to the States,” adds drummer Rob Caveney. “They either grow content with where they are or give up once they realize how difficult it is to leave. I feel like National Product is one of the first bands to go on this journey. That is huge for us because it’s not something that happens every day.”

These dedicated artists moved to Southern California in 2001 and have diligently applied their “do-it-yourself” hard work ethic to reach their goals every day. Danny Casler, Rob Caveney, guitarists Stan Moniz and Jeff Feuerhaken, bassist Nathan Elliot and keyboardist Dan Niles have constantly pushed themselves by booking their shows and touring the U.S., including Alaska and Hawaii, as well as the entire country of Mexico. They performed a number of dates on the Vans Warped Tour and have shared the stage with well-known acts including New Found Glory, Yellowcard, Rise Against and Saosin. And before anyone realized the power and potential of Myspace, National Product developed a huge presence with a continually growing fan-base and quickly surpassed 1,000,000 plays and more than 100,000 friends as an unsigned band.

They spent the second half of 2006 in Orlando, Florida, recording their full-length debut album with producer James Paul Wisner (Underoath, Paramore, Dashboard Confessional) after signing to newly formed indie label R&M Artist Records. The result of six months of writing, recording and mixing is their debut album, Luna; it is a personal, powerful and timeless record. The opener, “By All Means”, is an energetic anthem that will be the soundtrack for your daily drive; “Sad Excuse” sports a mid-tempo groove that segues into a chorus that stretches to the stratosphere; and the shimmering acoustic ballad “Love Me” is easily one of the most passionate rock ballads in years. When asked about the experience of producing Luna, Wisner exudes, “I love National Product! They are an awesome group of guys to work with and Danny has an amazing voice. It’s some of the best work I’ve ever done.”

The songs on National Product’s Luna are inherently catchy, but the band pushes far beyond having just great hooks to capture your ear and imagination. They have a sense of purpose, with music and lyrics covering the loss of a friend in “Sean Song” and the bitterness of betrayal in “Sad Excuse”. Inspired by these lyrics, National Product fans worldwide connect to the music and relate to the band in a personal way.

“We write about experiences we’ve had with love and relationships, but I think it just boils down to overcoming those things… It’s about inspiring belief in kids who don’t believe in themselves,” Casler explains. “Our goal isn’t to be rock stars, [it’s] to have the closest connection with our fan-base and the people we surround ourselves with and to help inspire change, whether it’s improving themselves or making a positive impact on people around them.”