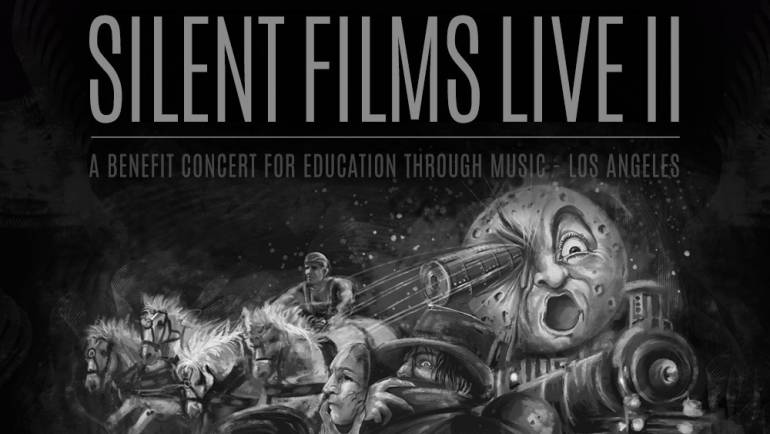 On May 3 and 4, BMI will sponsor three unique events for movie-goers when several film, TV and visual media composers will unveil their new scores to classic silent films in “Silent Films Live 2.” The live-to-picture events will take place at Bandrika Studios in Los Angeles, a space custom-built to showcase Hollywood’s original 1,500 pipe Wurlitzer organ. The organ, which dates back to 1928, resided on the Fox lot and was used in classic scores including Journey to the Center of the Earth and Patton.

Benefiting Education Through Music-Los Angeles, the performances will include the music of BMI composers Nathan Barr for Der Golem, Lisbeth Scott for Trip to the Moon, Fil Eisler for Battleship Potemkin, Sean Callery for Ben-Hur: A Tale of The Christ, Blake Neely for The Immigrant and William Ross for Downhill. A pre-concert interview and reception featuring a discussion with the renowned composers will also be part of the not-to-be-missed two-day event. In addition, limited tickets are available to tour Bandrika Studios and view the Wurlitzer pipe organ. Original promotional art for “Silent Films Live 2” will also be auctioned off each evening.

With such an exciting endeavor in the works, BMI took the opportunity to talk to the owner of Bandrika Studios and the historic pipe organ, BMI composer Nathan Barr, whose many credits also include The Americans and True Blood. Here’s what he had to say:

The idea behind Silent Films Live is to ask highly-acclaimed film, television, and visual media composers to reimagine and create new scores for classic silent films. What was your inspiration for scoring Der Golem?

Der Golem (1920) is an amazing piece of early Gothic filmmaking, and it was considered a horror film in its time. I’ve scored a lot of contemporary horror films and welcomed the chance to write for one of the very earliest examples of the genre! The scene in the film where the rabbi conjures dark sorcery to aid him in bringing the Golem to life suggested some very cool scoring opportunities, and so that’s the sequence I chose.

Was that film assigned to you or did you have input on which film you’d like to score? How familiar where you with it beforehand?

I chose this film having remembered photos of the Golem from a book about horror films I owned as a kid. The Golem has a very unique look which might come off as a bit hokey to our eyes today, but still retains a unique quality that is appealing.

How was your creative process different for this project compared to creating music for a new film?

Because the film is silent and without dialog or sound effects, the music is an enormous part of whether the film succeeds or not as a piece of storytelling. As contemporary film and television composers we become masters of disappearing into the background a lot of the time and supporting the material without drawing attention to our music. In a silent film the music is front and center and there is nowhere to hide, which is equal parts thrilling and terrifying. Another one of the challenges becomes deciding when and if there may be sections of the film which do not require music. If the music stops, it really draws attention to itself – so there better be a dramatic reason up on the screen to go silent, or else I could end up looking pretty silly.

The concert benefits Education Through Music–Los Angeles. How did you become involved in both the charity and the concert?

ETM-LA is a wonderful organization and naturally has a lot of fans in the film and television music industry, and so I became involved after hearing about it from friends. In terms of the concert, I was approached by Angel Velez who organized the first Silent Films Live event two years ago in Malibu and was looking to do another.

You now own a 1928 Wurlitzer pipe organ that is legendary in the industry. Tell us a bit about how and why you acquired it and how it’s changed your scoring process.

This Barr/Fox Wurlitzer was used on the Fox Scoring Stage from 1928-1998, and after I bought it, it underwent a four year restoration process. I acquired this organ mainly as a compositional tool – I don’t play well myself, but I’ve always been fascinated by organs and their amazing versatility and power. I knew that having my own organ would change my scoring process fundamentally – and it has. Since installing it, the organ has found its way into much of the music I write, often in surprising and unique ways. Most of the time, people wouldn’t even realize that they’re hearing the organ! We have it hooked up to my sequencer (Logic Pro X), and I can actually program it from my writing studio in exactly the same way one would program a synth, except this is a 1928 synth orchestra!

You also built Bandrika Studios to showcase it, and that’s where the Silent Films Live II concert will be held. Tell us a bit about that.

Bandrika Studios, which opened in May 2018, is an 8,500 sq. ft. complex in Tarzana that I built as my composition studio and proper home for the organ. It was literally built around the Wurltizer, which takes up 6 rooms, and also features a beautiful scoring stage and control room. It’s a wonderful place to compose music, but we also enjoy regularly hosting concerts and silent film screenings there. We have featured some of the world’s greatest theater organists, and are excited to showcase the music of these incredibly talented composers as well. 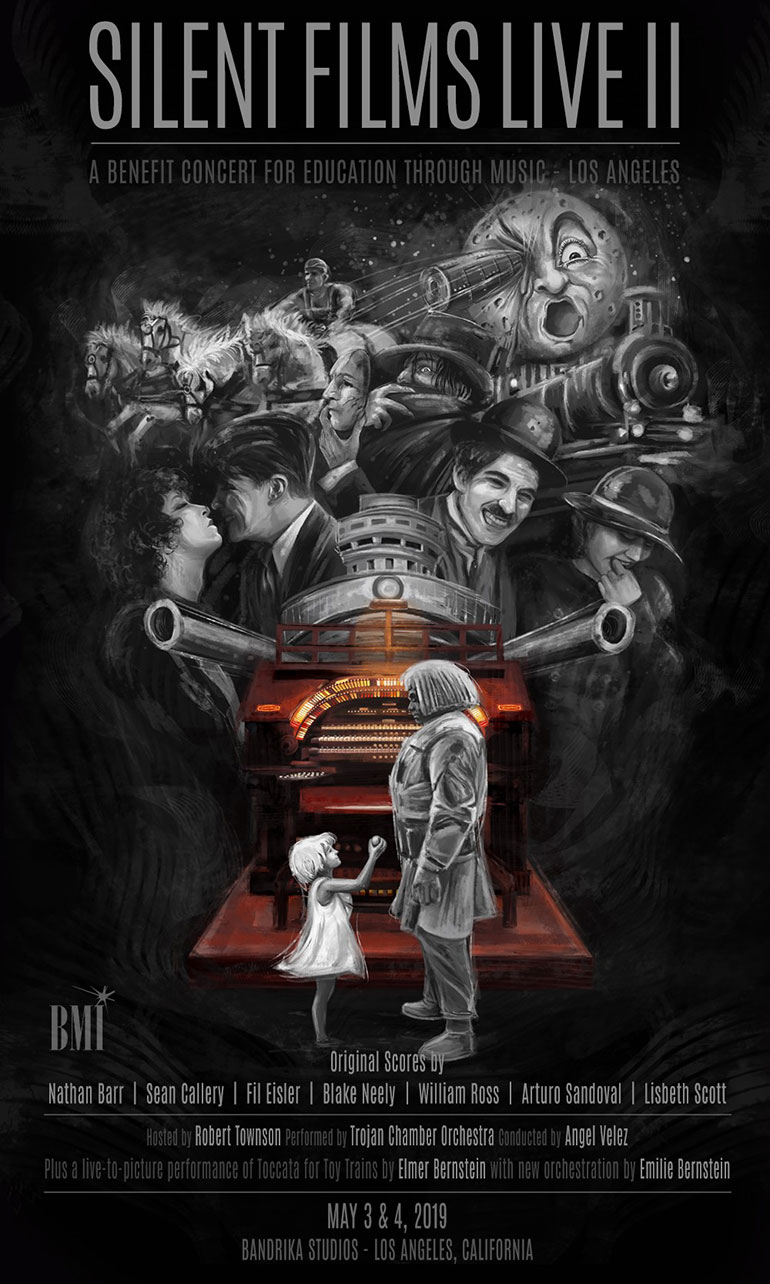