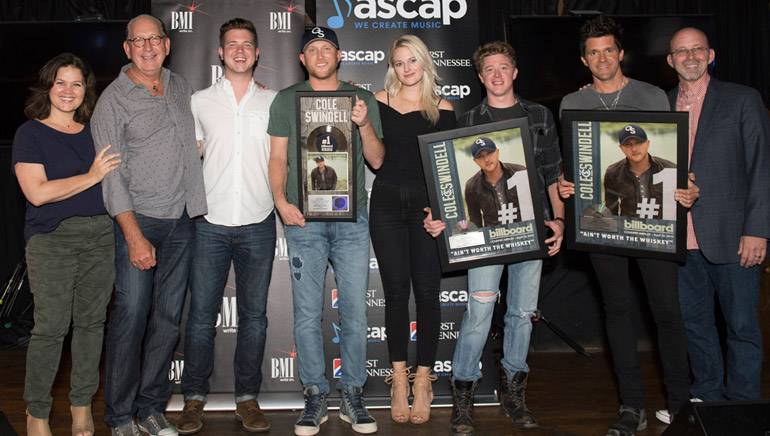 Nashville industry, family and friends gathered for a Monday afternoon pub crawl down Demonbreun Street in celebration of three #1 hits from BMI artist Cole Swindell. The first track, “Hope You Get Lonely Tonight,” was celebrated at South and was cowritten with BMI writers Brian Kelley and Tyler Hubbard, along with Michael Carter, who also produced the single. The crowd moved on to Dawg House to honor “Ain’t Worth The Whiskey,” the third single off Cole’s debut album and his third #1 hit. The hit was written with writers Adam Sanders and Josh Martin and also produced by Michael Carter. Finally, the party descended on Tin Roof, to celebrate “Let Me See Ya Girl,” another Michael Carter produced track, written with BMI writer Jody Stevens and Adam Sanders, and the third single from Cole’s debut album and his 4th #1 hit. The day was a celebration of Cole and his fellow writers’ songwriting success, which has already continued with Cole’s latest album You Should Be Here and its #1 title track hit, to be honored on another day.