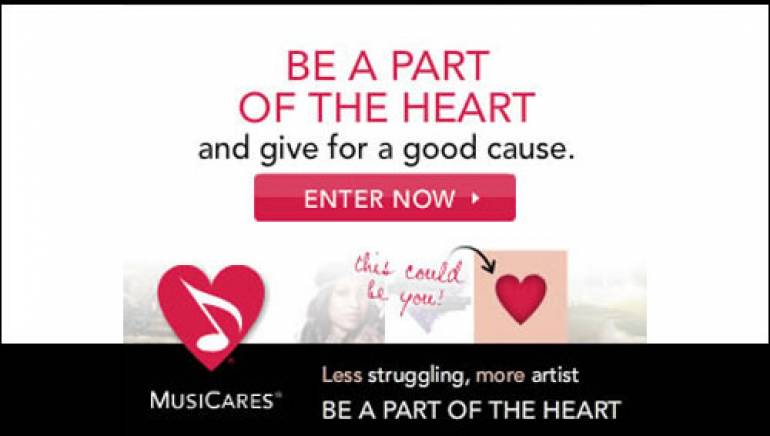 MusiCares is a big-hearted collective that consistently and quietly improves the lives of members of the music community who hit hard times. Creative and business pros in all career stages have given to and received from MusiCares over the years, often without fanfare. Two new ways to get involved help fuel infinite ways of giving back.

MusiCares is inviting music makers and fans to Be a Part of the Heart, a campaign to raise awareness and funds. MusiCares is building a mosaic of supporters, featuring photos and stories about how music has changed each participant’s life.

By joining the MusiCares mosaic, participants automatically earn a chance to win a trip for two to the 54th Annual GRAMMY® Awards on Feb. 12, 2012.

Bloggers, a separate but equally enticing call for entries is specifically addressed to you: The MusiCares Blogger of the Year contest invites bloggers to write about 2011 MusiCares® Person of the Year Paul McCartney. One winner will earn spot on the red carpet at the MusiCares Person of the Year tribute honoring McCartney on Feb. 10, as well as a press pass to cover the event’s exclusive concert.