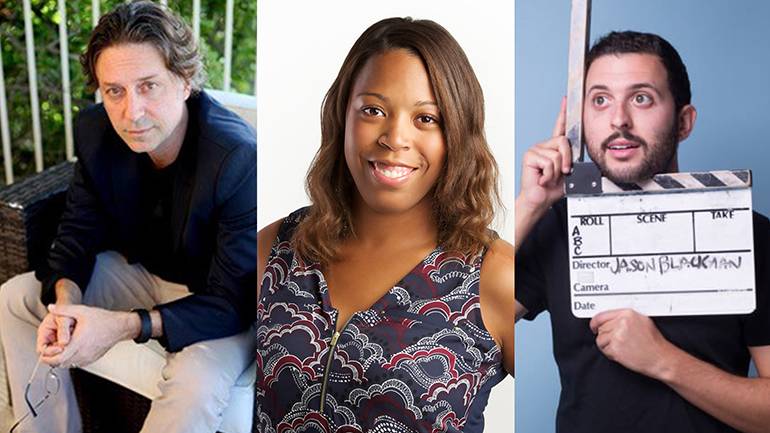 If you think of some of the most popular animated children’s series over the past few decades—Teenage Mutant Ninja Turtles, Blue’s Clues, Phineas and Ferb, SpongeBob SquarePants—it’s impossible to do so without conjuring a memory of the music featured in those shows. From iconic theme songs to charming musical narratives sung by the characters, music has been an essential part of cartoons for nearly one hundred years.

The long anticipated animated series Little Ellen will finally be released this month through HBO Max and the Cartoon Network’s Cartoonito, a collection of content created for preschoolers. Initially announced by Ellen DeGeneres on her namesake television show in 2019, Little Ellen features an animated seven-year-old DeGeneres exploring her hometown of New Orleans. Produced by Warner Bros. Animation as part of the Cartoonito umbrella, Little Ellen is part of an effort to offer programming that delivers messages to children within four themes: courage, creativity, curiosity and caring.

Since DeGeneres is well-known for her love of music and dancing, music plays a big part in Little Ellen. BMI spoke with the three songwriters behind the show—Jason Nesmith, Dara Taylor, and Jason Blackman, who also serves as a writer and producer on the show—to learn how they created the soundtrack for the magical, funny, and educational world of little Ellen DeGeneres. We also learned how the three collaborated during a global pandemic, how New Orleans’ rich musical history influenced the show, and—something that most parents already know—cartoon music isn’t just for kids.

Can you share a little about the creative process behind writing music with a preschool audience in mind, and keeping with the imaginative and inquisitive nature of the show?

Jason Blackman: Because most of our musical sequences take place in a heightened reality, through the kids’ point-of-view, we were able to write songs in a bunch of different styles and genres. It was a really cool challenge to write rock numbers, Broadway-style ballads, funk, blues, pop punk, etc., all the while funneling the tunes through the show’s tone and comedic sensibilities.

That said, while preschoolers are our main audience—and writing for kids is an awesome privilege—I don’t think any of our arrangements or melodies necessarily sound like they’re part of a kid’s animated show. I could (and do) listen to songs from The Lion King or The Little Mermaid now, and at no point do I think, “This was written for someone younger than me.” We always kept that in mind. Kids are really sophisticated!

Jason Nesmith: When we first set out to write the songs for the series we agreed that we didn’t think the songs needed to be scaled back in order for preschoolers to connect with them. We wanted the music to sound interesting and have depth. A lot of times it seems that, musically at least, shows are written down to an age demographic. I remember cartoons like Schoolhouse Rock! when I was a kid, and the music was not only catchy, but it was sophisticated and wonderfully written and arranged. Some of those songs still stick with me today.

We wanted the songs to have story-driven lyrics while, at the same time, to be fun and catchy and incorporate a wide array of musical instruments. The music for this show was very important to us and we felt we had a real opportunity to make something interesting that would appeal to many different age groups!

Dara Taylor: Little Ellen and her friends are fun, charming, and—in my opinion—funnier than the average children’s cartoon characters, so the music is really meant to reflect that. We play for laughs but also play earnestly for the heartwarming emotional beats, the lessons, and the wide array of topics covered in the show. And because we wanted the score to be representative of the location, I wrote most motives, stingers, and other musical devices you’d expect in a children’s animated show, with the instrumentation of a New Orleans street band.

Considering you worked on the show during a pandemic, how did you collaborate together and with the show’s producers on the music for the show?

Blackman: This was a really unique situation for me, because apart from writing the original songs with this team, I’m also a writer and producer on the show. I think that gave me a leg up, lyrically, because I was really able to write in our character’s voices. Also, the creative team behind this show is phenomenal — knowing that the songs we were writing would be handed off to them was a real thrill. Visually, they took our music to a level that I couldn’t even imagine when writing.

Nesmith: Working during the pandemic definitely presented a host of challenges. Normally when doing a show like this, the voice actors—who were singing the songs for the show—would come down to the studio, and the composers would work side-by-side with producers and voice director to get the best performances. Of course, we were not able to do this. So, WB Animation ended up sending the actors microphone packages and we were able to set up remote recording so we could all come together on Zoom and make it happen. At first, there were some kinks that needed to be ironed out, but after a very short time it was working really well. It was amazing to me how everyone came together around this new dynamic and   produced such a wonderful result!

Taylor: Shout out to Zoom for continuously improving their functionality over the last year-and-a-half. What’s interesting about projects that I’ve begun during the pandemic is that while I’ve yet to meet a lot of the producers in-person, we still created meaningful bonds and relationships over the last year. And, often, the shared experience of living through a global pandemic—as well as virtually being in each other’s houses all the time—creates those bonds more quickly and earnestly than pre-pandemic projects.

We co-wrote the theme song together completely over Zoom, so we learned how to adjust our “background noise” settings pretty quickly. We had a combination of live discussions and playing and emailed MP3s all the way up until final delivery. Of course, we would have loved to write in-person, but we always had a blast writing together regardless. On our show we also had the unique situation of having Jason Blackman as a producer, writer, and songwriter, which gave us incredible insights into the arc of the show and characters.

The animated series is set in New Orleans. How did New Orleans’ musical history influence the music you wrote for the show?

Blackman: There’s nothing like the music in that city. It’s everywhere, and it’s all amazing. The show obviously looks like it takes place in New Orleans, but it was really important to us that it sounds like it takes place in New Orleans, too. Specifically, we wanted the underscore to sound like it was being played by a New Orleans street band, and Dara has done an amazing job with that! We also wanted to make sure that whenever possible, we were honoring the instrumentation and sounds of the music that comes out of New Orleans. Even in little moments—like when a cuckoo clock goes off—we based the little figurines that appear on a second-line parade, and the composition we wrote reflects that.

Nesmith: For the first season of the show, there are a lot of different genres that we tap into for the songs. Early on we had decided that the underscore would be reminiscent of a New Orleans-style street band, while also incorporating an abundance of styles, and the songs would basically run the gamut of genres and styles. In the original songs we touched on blues, funk, musical theatre, rock, surf rock, pop ballads and quite a few more. We wanted to make the show rich with many different styles of music while still always tying into the sounds and harmonic sensibilities of New Orleans jazz and blues.

Taylor: We wanted the score to have the instrumentation of a New Orleans street band sitting off to the side, commenting on the scene, which has been a delightfully fun challenge for me. I really had fun playing with the genre-bending flexibility of brass, bass, guitars, and percussion with a sprinkling of fiddle. I loved being able to lean into New Orleans’ sounds without fear of tropes, and I think that scoring a children’s show with this palette made both the sound of the show and use of the instruments uniquely ours.

Everyone knows that Ellen DeGeneres loves to dance—did you get to write some fun dance numbers for Little Ellen?

Blackman: Definitely! There are a ton of fun tunes that get our main characters on their feet.

Nesmith: We sure did. Songs like “Copy Cat Funk” and “Besties Bus” are super fun dance numbers. Throughout the show there a lot of short musical numbers that make you want to get up and dance as well!

Taylor: My awesome teammates Jason Blackman and Jason Nesmith wrote all the amazing toe-tapping songs that will take permanent residence in your head. But I had the honor of writing other fun musician score set pieces in a variety of styles throughout the season. We also co-wrote any re-imaginings of the main title song that appear.