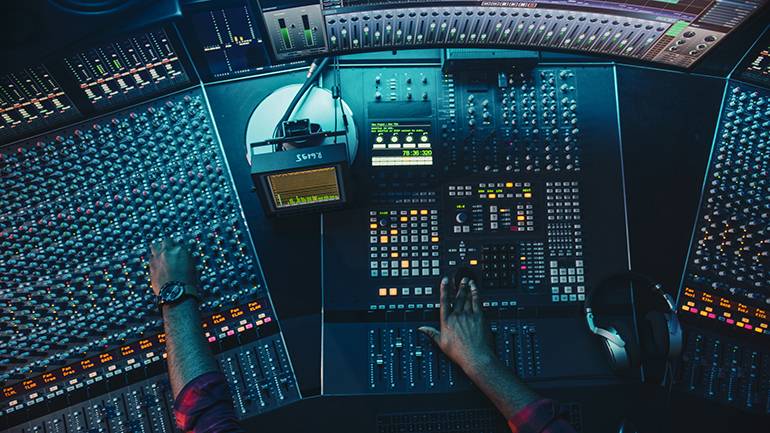 When it comes to prepping our masters for public consumption, the tendency is to focus on the obvious issues—the sound of the lead vocal, the timbre of the drums, an errant guitar chord. However, addressing some of the smaller things, be it talking between vocal takes, stick clicks during the fade, or even the fade itself, can be at least as important. Here are a few examples.

Clean your tracks. If you’ve laid in a vocal or instrumental passage in sections, you may wind up with some extraneous sounds just prior to and immediately after a punch-in—instructions over the talkback, buzzing amps, clearing throats, etc. While these are often undetectable once the track is filled in, it can’t hurt to spend a few extra minutes ensuring that the only thing the listener hears is the stuff you intended to record. Start by soloing each track and zapping any bits that don’t need to be there. One way of going about this is bringing up the track’s waveform on your computer, zooming in and then highlighting and deleting any obvious “blips” between passages. Or you can simply listen to the isolated track and insert mark points around unwanted sections, then delete.

Recycle the good stuff. Your first attempt at inserting a tricky vocal harmony was a little rough, but you managed to nail it on the ensuing choruses; ditto for the finger-cramping Hammond fill you stumbled over several times before getting it right the last time around. While you could simply redo each of the offending sections as a punch-in, with a little technical dexterity you can simply replace the flubs with one of the passable parts (and no, it’s not cheating, it’s called “comping”). Once again, call up your waveform for the track in question, place mark points around the successful passage, highlight and copy the part, then insert another mark point at the start of the muffed section and paste the “good” part in its place. To ensure a smooth transition, zoom in tight so you can clearly see the precise start and end points on each of the waveforms. It may take you a few tries, but just keep hitting “undo” until you get it right. (Hint: using a click track for the rhythm section will help immeasurably, since it ensures uniform tempo throughout.)

Focus on the fades. While pop music nowadays tends to favor abrupt endings that can sync seamlessly into another song, there are times when fadeouts are preferable/necessary, such as when need you need to shorten a track to make it more radio-friendly, and so forth. While there are no hard-and-fast rules, try experimenting with your fades—if you want something old school, a quick level drop often works best; if the song doesn’t have an actual ending, you could try a longer fade instead (10 seconds or longer, for instance). If your track ends with a live “ring-out” (all instruments landing on a final chord or percussion hit), be sure that each player “freezes” for as long as it takes to complete the fade when mixing—that is, you don’t want the drummer suddenly dropping a stick, or the guitarist accidentally choking a sustained chord. If you’re doing the recording, just keep your hand in the air so that everyone knows to hold it until you say it’s time!