Posted in MusicWorld on December 27, 2009 by Russell Hall 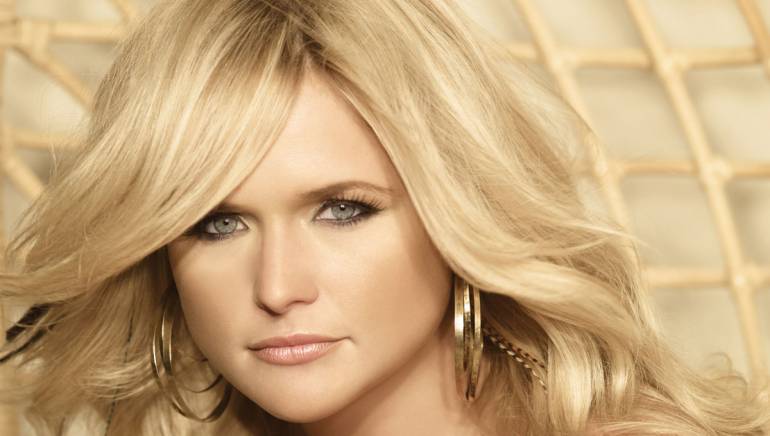 “I have no idea what makes a song a hit single,” says Miranda Lambert. “There’s no rulebook for that. I just cut songs I love, and then hope that radio will play them.”

Rulebook or not, Lambert has struck a deep chord with fans and critics alike. Each of her first two major-label albums — 2005’s Kerosene and 2007’s Crazy Ex-Girlfriend –— placed high on a slew of annual Top 10 lists, including those compiled by Rolling Stone, The New York Times and CMT.com. Her latest disc, Revolution, appears destined for similar accolades, even as Lambert pushes in some subtle new directions. She is in fact a rarity: an artist with firm country roots whose music has also been embraced by fans of straight-up rock & roll.

“People started saying that about me when I recorded the first album,” she says, when asked if she set out to expand the boundaries of mainstream country. “I was like, ‘What? I’m just a new kid on the block.’ But I was hoping then, and now, too, that I might open that door a little. There’s room for everyone. There’s room for pop country, for ‘rock & roll’ country, for stone-cold country, and everything in-between. Great music is great music.”

Musically speaking, Lambert’s renegade spirit can be partially traced in part to her background. Raised in Lindale, Texas, about 80 miles east of Dallas, she was treated to a steady diet of Merle Haggard, Jerry Jeff Walker and David Allan Coe, thanks mostly to the tastes of her musician-father. John Prine, another great story-song writer, was an early favorite as well.

“Just by listening to my father play that material on guitar, I really came to love those artists,” Lambert recalls. “They had a lot more influence on me than I realized at the time.”

Foregoing college, Lambert formed a band after graduating high school and toured Texas for two-and-a-half years. The big turning point in her career came in 2003, when, at age 19, she placed third in the inaugural Nashville Star reality show competition. Rewarded with a major label contract, she moved to Nashville and began working on the material that would compose Kerosene.

Thanks to the incendiary title track— and to Lambert’s sizzling, pyrotechnics-enhanced performance of the song at the 2005 CMA Awards — the former small-town girl earned a reputation as someone with whom you don’t mess around. Her follow-up, Crazy Ex-Girlfriend, held firm to “love-gone-bad” themes, but with her new album, Lambert feels she’s turned a corner.

“I definitely still have that angst,” she says, “but I also wrote some songs that say it’s okay to love, now. I’m happy in my life, and it’s a bit easier to write happy songs when you are actually happy. Every aspect of my personality is on this album.”

High points on Revolution include the mid-tempo country-rocker “Me and Your Cigarettes,” an outsized ballad titled “Dead Flowers,” and a scorching, country-punk cover of Prine’s “That’s the Way That the World Goes ’Round.” Most telling of all, however, is “Love Song,” one of three tracks that Blake Shelton — Lambert’s boyfriend — co-wrote. Two years ago, Lambert bought a farm in Oklahoma in order to be near her fellow country star.

“I live six miles from Blake, which is cool, because we have our own space but we can also be together whenever we want to,” she says. “I still have a house in Texas, on my parents’ land, but buying this farm was a way of spreading my wings.”

Asked if there’s anyone she looks to as a model for how best to sustain a career, she’s quick to cite Dolly Parton as someone “who’s managed to reinvent herself, but always stayed true to herself as well.

“Some people just have music in their blood,” she says. “For some people it’s a job, and it’s a job for me, too, but at the end of the day, it’s also my hobby and my passion. I want to be doing this forever.”