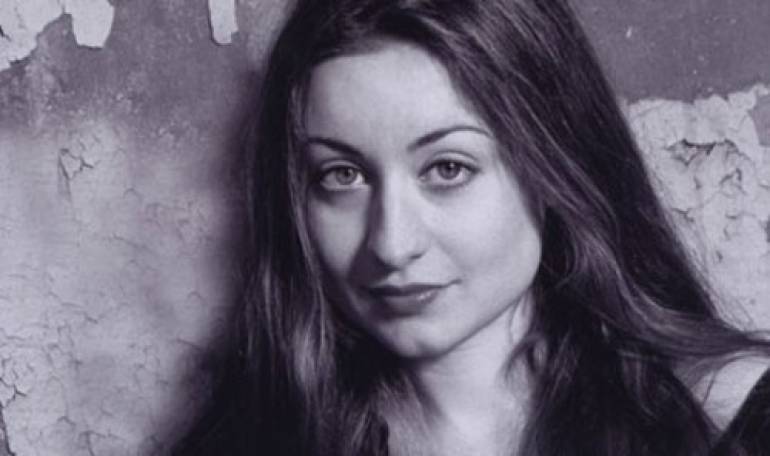 Her voice ranges from haunting, delicate beauty to an explosion of shattering, soaring soul. Her lyrics bloom from a place of uncompromising honesty and raw emotion, wise beyond her years. Her roots are the blues, classic soul and R&B, rock, gospel and folk, and the result is a personal brand of pop music that is uniquely her own. Billboard magazine and the Boston Globe have compared her to everything from “a young Sarah McLachlan” to “Aretha in the husky vocal turns.” But anyone who’s seen Mieka Pauley agrees on one thing: with a history of launching great artists such as Joan Baez, Bonnie Raitt and Tracy Chapman, the clubs of Cambridge and streets of Harvard Square have once again produced the next unmistakable voice of a new generation.

Born in Boston and raised in Kentucky, Colorado and South Florida, school brought her back to Cambridge. She started to sing as a child and spent years studying classical voice and piano, and in high school sang in everything from alt rock garage bands and Motown funk bands to jazz and classical choirs and church. At the end of high school, she taught herself guitar when an uncle gave her his old acoustic. But the sum of these parts wasn’t clear to anyone until she left home for college, where the truth was revealed on the streets of Harvard Square.

Mieka’s ability to captivate audiences first made her a favorite of Boston’s best clubs including The Paradise Lounge, House of Blues, Club Passim and Kendall Café - and next at New York’s renowned Bitter End, Living Room, Makor, Knitting Factory and Village Underground. In Summer 2002 she graduated from Harvard with a degree in Biological Anthropology, won BMI’s Rock Boat Song Contest, and placed top three at the famed Telluride Troubadour Competition. In 2003 she was invited to perform at four of the top music festivals in the country: The Newport Folk Festival, On The Bricks in Atlanta, Dancin’ In The District in Nashville and a return trip to The Rock Boat. 2004 included the month-long Citizen Cope Northeast Tour, the first ever BMI/NACA “See It Hear First” showcase, sharing a bill with Eric Clapton at Boston’s Tweeter Center, and winning the prestigious Rocky Mountain Folks Fest Songwriter Showcase. In 2005 she was nominated for a Boston Music Award, won the first ever Starbucks Emerging Artist Award, and recorded a new EP with producer John Alagia (John Mayer, Dave Matthews, Jason Mraz, Rachel Yamagata, Josh Kelly, Lifehouse, Liz Phair, Trevor Hall and others), due to be released in early 2006.

Over these first 36 months of her young career, she’s become the embodiment of the musician road warrior: A girl, a guitar, and a car - crisscrossing the country and playing over 450 club and college shows from northern Maine to southern Florida, from the Pacific Northwest to southern California, from the Colorado Rockies to the Tennessee valleys to the Great Lakes States and all points between - and back around the bases of street corners, cafés and clubs of Boston - even sliding into home plate at Fenway Park for a National Anthem. She has shared the bill with such artists as Eric Clapton, Wyclef Jean, Jason Mraz, John Legend, the Black Eyed Peas, John Hiatt, Blues Traveler, Martin Sexton, Jesse Harris, Mindy Smith, Edwin McCain, Citizen Cope, Shawn Mullins, Marc Broussard, Talib Kweli, North Mississippi All-Stars, Ben Lee, Tift Merritt and Erin McKeown, among many others.

A recent Boston Globe feature on her perhaps said it best: “While the eyes may be the windows to the soul, Mieka Pauley lets you in through her voice (as unstoppable as a flood) and through her lyrics (as personal as diary entries). She’s making her voice heard, and not just on the streets of Harvard Square.”