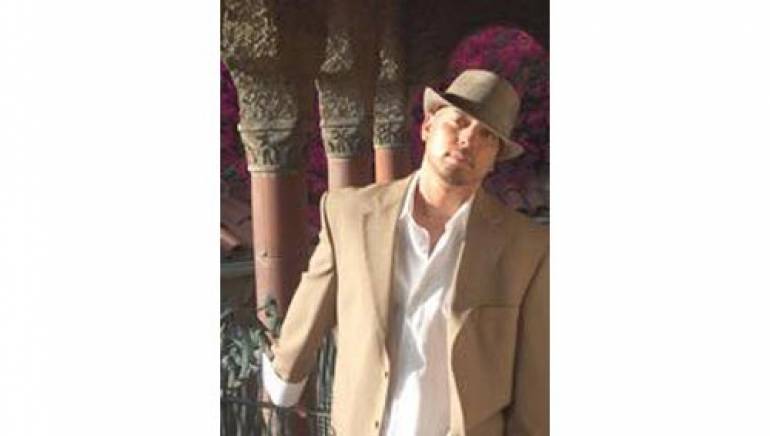 As a senior in high school, songwriter Michael Figueroa was asked a question by his academic advisor, “What will you do after you graduate?” “I have no idea,” he replied. His counselor then asked what he was passionate about. The answer to that was easy; Michael eagerly answered, “Music!” Following his passion, Figueroa has forged a successful career as an up-and-coming bilingual songwriter and composer working in the Latin music genre.

A fan of technology, Figueroa honed his musical ear for music of all genres, beats and languages by being a mobile DJ during his teenage years. Growing up with artists ranging from Jose Jose, Juan Gabriel and Vicente Fernandez, to Babyface, Brian McKnight and most recently Alicia Keys, he approached music as he heard it – in Spanish and English, in multiple genres.

He began to write and record many of his songs with the help of a small four-track recorder, and started to co-write with friends such as Octavio Gutierrez, an accomplished pianist who studied music at a conservatory in Cuba.

In 1997 his unique touch as a songwriter was tapped by Abraham Quintanilla, who at that time was launching a joint venture with EMI called Qzone Records, to write half of the CD for the group Unison on Qzone. Since then he has written songs for Jennifer Peña, Los Gallitos, Mireya, La Conquista, La Fuerza, and teen sensation Sesi, many on Qzone. Additionally, Michael has also written songs for Grammy winner La Mafia, “Objetivo: Fama” winner Anais, Rigo Luna (Machete Records) and Yolanda Perez (Fonovisa).

In 2005 Michael started working on co-writing three songs in English for the motion picture SPIN starring Fernando Carrillo and Shalim. The film is due to be released in the fall of 2006 by Universal Studios Home Entertainment. Michael also co-wrote eight songs with platinum recording artist Frankie J for his new CD Un Nuevo Dia, which shipped platinum. The debut single, “Pensando En Ti,” was co-written by Michael and recently hit No. 13 on the Billboard Latin charts.

“I think the future of Latin music is more exciting than ever,” says Figureoa. “The innovation that is happening across the genres is bringing a new freedom to creators like myself – as well as the artists. Now is the time when artists, musicians, producers and writers are willing to break the mold like never before. It’s given someone like myself the green light to write songs that represent the future of music vs. what is being played on radio right now.

“My vision has always been to innovate; why can’t I mix a classic song like ‘El Reloj’ with rap? Then came Akwid. Why not fuse cumbia with reggaeton? Then came Calle 13. Why not fuse bolero with hip-hop, ranchera with rock, bachata with r&b, and do it in English and Spanish. A bilingual approach. Why not? It’s an exciting time – I’m part of a new generation in music and it’s really exciting to me. It’s my home.”