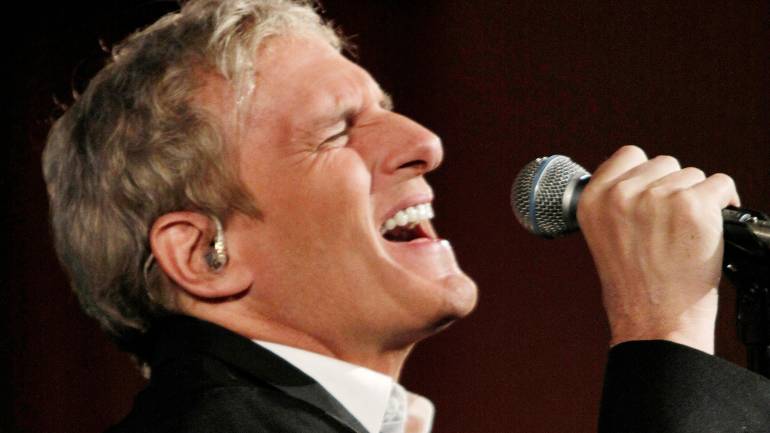 The BMI Board of Directors celebrated the incredible career of Michael Bolton during its 65th Annual National Association of Broadcasters (NAB) Dinner, held on Tuesday, April 9 in Las Vegas during the NAB convention. Bolton has sold more than 53 million albums and singles worldwide and continues to advocate for at-risk women and children through The Michael Bolton Charities Inc., now in its 20th year. The Grammy Award-winning singer, songwriter and social activist joins past NAB Dinner honorees Santana, Willie Nelson, Paul Simon, Barry Manilow, John Williams and Dolly Parton, all recognized for their achievements as songwriters and artists as well as for their humanitarian work.

“BMI is like a family to me, they really taught me a lot about how songwriting should be appreciated and celebrated and protected at the same time,” said Bolton, who effortlessly balances his ability to write new hit songs with his love for covering the classics. His latest album, Ain’t No Mountain High Enough: A Tribute to Hitsville U.S.A., pays tribute to the Motown era.

“Songwriting itself is a part of who I am and collaborating with songwriters has been the lift-off of my life,” added Bolton, whose new book, The Soul of It All: My Music, My Life, chronicles his four decades in the music industry. “I started writing with people in ‘82 and it’s great to look back and know that I was embraced by everybody from Kenny Rogers to Barbra Streisand to KISS.”

Over the years, the private, invite-only BMI Dinner has become a hot ticket during the NAB convention, bringing together the radio and broadcasting industry and the creative community in their shared commitment to great songs and music. This year, top broadcasters including Clear Channel, ABC, NBC, and CBS, along with other key NAB members, BMI executives, and Federal Communications Commission (FCC) members, were joined by special guests Chris Daughtry, Natalie Cole, and Gary Allan - all prolific songwriters from within the BMI family.