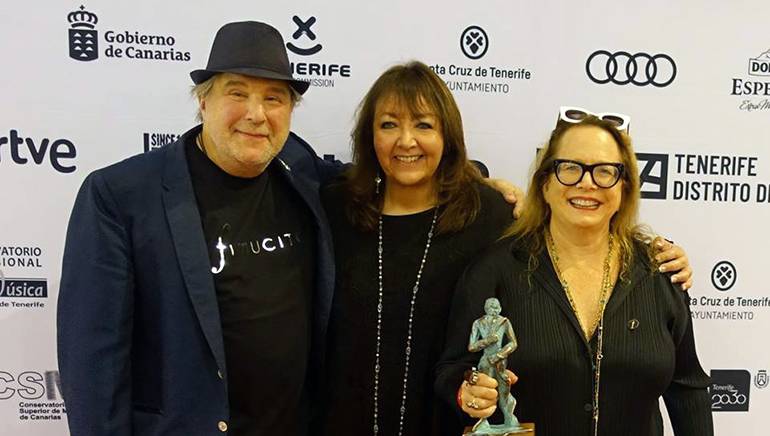 Several BMI composers had their works featured last week at the International Film Music Festival held in Tenerife. The festival, which was created from the ground up by composer/conductor Diego Navarro, has gained international prominence and now boasts an exceptional orchestra and world class concert venue. This year, the festival focused on the subgenre of science fiction dedicated to U.F.O sightings and alien invasions.

Two of the primary concerts held during the festival included a live-to-picture performance of BMI composer John Williams’ score to Close Encounters of the Third Kind, conducted by Navarro. The special concert saw the Orquesta Sinfónica de Tenerife and the Tenerife Film Choir brilliantly interpreting the legendary score by Williams, which also included eight minutes of previously unreleased score that Williams and director Steven Spielberg restored specifically for the performance.

In keeping with the alien theme, the closing gala on Saturday, September 29, “The Truth Is Out There,” conducted by Ben Foster, featured works by BMI composers Alan Silvestri, Harry Gregson Williams, Danny Elfman, Bernard Herrmann, Laura Karpman and Christopher Young. The night’s events offered the audience a tour through the most iconic scores from the science fiction subgenre and included soundtracks from films such as Mars Attacks (Danny Elfman), Contact and The Abyss (Alan Silvestri), Bernard Herrmann’s classic The Day the Earth Stood Still, which was performed complete with theremin played by Lydia Kavina, Christopher Young’s music for Species, and the cult science fiction miniseries Taken (Laura Karpman), as well as many others.

In addition to attending these once in a lifetime concerts in support of the composers, BMI’s Doreen Ringer-Ross also hosted two master classes featuring BMI scribes at the Film Scoring Academy on Thursday the 27. The first, entitled “Musical Challenges of the Documentary Genre,” was taught by four time Emmy-winning composer Laura Karpman, while the second, “Reaching Your Inspirational Peaks,” featured acclaimed composer Christopher Young.

Karpman, who is the first female Governor of the Musical Branch of the Hollywood Academy, was also honored with the Antón García Abril Award during the festival. The award is given as a token of affection, gratitude and veneration from the Festival to film music figures whose works and efforts have proven essential in sharing knowledge and an increasing understanding of the art form. The presence of Karpman emphasizes the Tenerife International Film Music Festival’s commitment to increasing the visibility of women who dedicate their professional lives to creating music in the audiovisual sector. FIMUCITÉ is also able to boast the previous participation of BMI composer Lolita Ritmanis, who in 2016, became the first woman to be a guest conductor in the festival.

Check out all the photos from these spectacular events below!