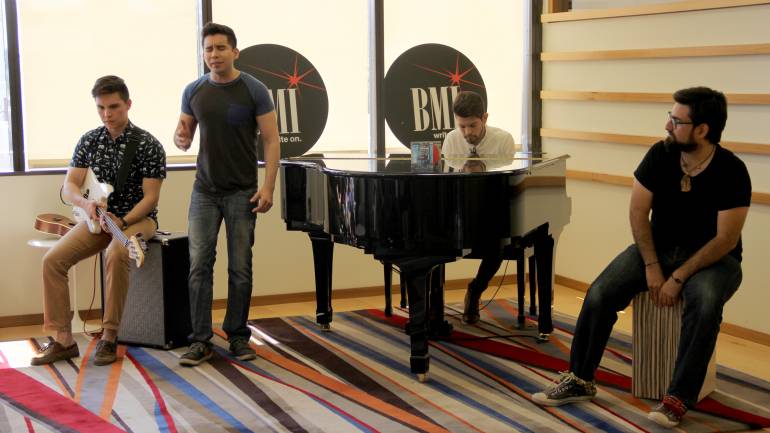 BMI’s Latin team welcomed Borchardt to the BMI Los Angeles offices on Wednesday, June 22, for a special, intimate performance of music from their debut album Dulces de Menta, which was released on June 17. The Latin pop group from Hermosillo, Sonora, Mexico performed several songs from the new album, including the single “Nada de Nada,” for staff and a select group of media invitees. The album, which was released for Moon Moosic Records, was produced by Ettore Grenci and recorded at the legendary Sound Factory studio in Hollywood, CA.