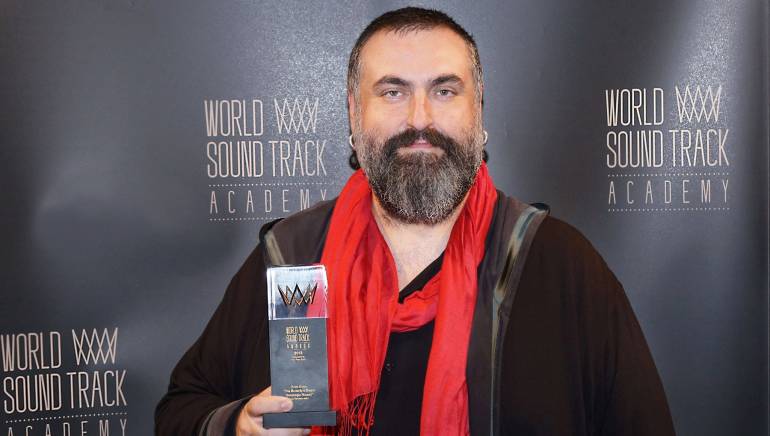 “Everything was planned in my life. Nothing has been a coincidence,” asserts Rahman Altin while sipping Turkish coffee from his part-time home in Los Angeles. The Broadcast Music, Inc. composer’s profile has been steadily ascending ever since the 2013 World Soundtrack Awards in Ghent, Belgium, where he was lauded with the Public Choice Award for his work on the critically acclaimed Turkish film, The Butterfly’s Dream. The awards buzz has followed him stateside, as more and more people continue to watch, and subsequently praise, the romantic drama. FilmMusicMedia calls Altin “one of the best musical storytellers working today” and Aida Takla-O’Reilly of the Hollywood Foreign Press (the organization behind the annual Golden Globes) calls the music “brilliant, ” commenting on its “beauty and depth. ”

This composer’s love affair with cinema goes way back. The son of a renowned composer and violin virtuso, Altin cherishes the memories of going to the movies with his father. One of the films they saw together was Papillon, the 1973 film starring Steve McQueen and Dustin Hoffman that featured the Oscar-nominated score by the late BMI composer Jerry Goldsmith. “After watching that film I would tell anybody who would listen that I loved the score and that I wish I had composed it,” Altin says. “And I prayed that I could one day compose like that.”

Years later, Yılmaz Erdoğan, the director of The Butterfly’s Dream and an acquaintance of Altin’s, was getting ready to go into production and let Altin know he had already decided on a composer for the film. “The film is a love story about two poets and I’m a big poetry fan,” Altin says. “My heart was broken.” But when Erdoğan called him again after some time to say that plans had changed and offered him the opportunity to score the film, Altin immediately saw the connection between Papillon (which is French for butterfly) and The Butterfly’s Dream. “Years later, it was finally time to score my butterfly,” Altin says. “Scoring The Butterfly’s Dream was about my dreams coming true.”

Considering how diverse Altin’s resume and skill set is, one has to agree with him when he says that nothing in his life has been coincidental. Trained as an opera singer at a conservatory in Turkey, Altin then went on to compose jingles for national and international advertising agencies and became a sought-after composer in his native country. He has scored video games, operas and modern dance, and has been splitting his time between Los Angeles and Istanbul. As much as he loves home, Altin has been an avid John Williams fan since he was seven, so working in Hollywood is a priority for him.

The music of The Butterfly’s Dream is the clear result of Altin’s lifelong obsession with the scores of movies like Superman, Star Wars, E.T., Jaws and Indiana Jones. It’s a strictly classical score composed in a universal language, but Altin’s overall range is wide. “I have two musical personalities in me,” he says. “I was trained in Western music, but I was also raised by a Middle Eastern musician. I know Middle Eastern sounds very well and I have access to the world’s best Middle Eastern musicians.”Altin will continue to work in Turkey but wants to spend more time in Los Angeles, and hopes Hollywood will continue to be more open to Middle Eastern sounds.

When asked about his dream projects he imagines several possibilities – scoring the next Star Wars or Christopher Nolan’s next film – but he’s especially enthusiastic about a specific genre. “I would like to compose more dramatic love stories,” Altin says. “I’m very emotional and sentimental so I feel like I never get stuck when I write for love stories. I can write nonstop.”