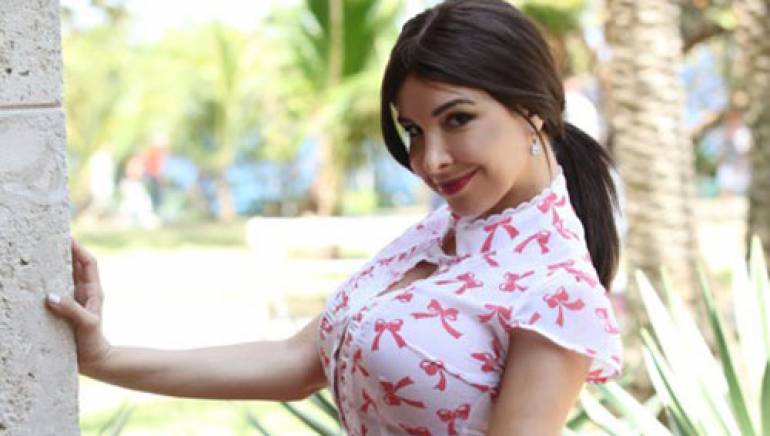 “My father had very, very high expectations of the whole music thing,” the Cuban-born, American-raised singer and songwriter explains. “I think I was a little bit deterred by it, a little bit afraid of it.”

Instead, Veronica launched a career as a Latin entertainment correspondent, television host, actress and model (her sexy posters and calendars are so popular with U.S. troops, she’s been dubbed “a modern-day Betty Grable.”)

Still, “it permeates your soul when you grow up around music,” she says. With producers urging her to give music a try, in 2006 Veronica released her first single, the reggaeton-laden “Vengo Con To (I’m Coming At You),” which established her with Latin dance club fans.

With that success under her belt, Veronica set her sights on English-speaking audiences. Last year’s motivational anthem “If You Wanna Fly” cracked Billboard’s Hot Dance Club chart top 10; as of early July the mischievous “Freak Like Me” was on its way up the chart as well. A full album, aptly-named Saint Nor Sinner, is due next year.

As a writer, Veronica calls herself “a lyrics girl. Ever since I was little I loved writing poetry, so writing has come very, very easily for me.” And while not a musician, Veronica says she “knows music.

“Of course I know right away what beats I like, what beats I don’t like, and I sense when a song is lacking in one area. I’m not a musician per se, but growing up with a father who all he did was rehearse his guitar every single day in my living room, I developed a feel for music. So on that note, I can tell beats, and I can walk in and work with a producer and express what I want without having the technical knowledge.”

After so many years in other areas of the entertainment industry, Veronica is happily focused on music for now.

“Opportunities for acting have come, but at the moment I’m so focused on the music I haven’t taken a couple of projects. But is it something I plan on doing in the future? By all means.”