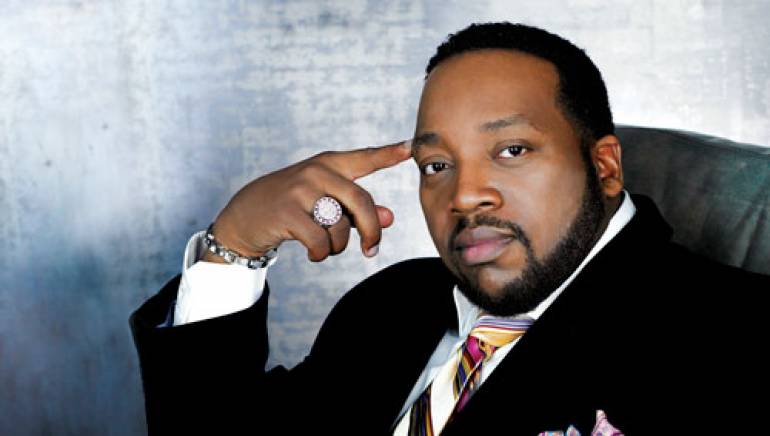 Gospel audiences everywhere must have been dehydrated, because they’ve kept Marvin Sapp’s Thirsty CD at the top of the charts for more than 20 weeks.

The former Commissioned star’s seventh solo album was released in April 2007 and, buoyed by the No. 1 (on gospel charts)/Top 10 (on urban charts) hit, “Never Would Have Made It,” the album continues to inspire listeners all over. The song, a throwback to a more traditional, but clearly still effective gospel sound, was inspired by Sapp’s real-life tragedy.

The song was birthed out of his grieving the passing of his father, as well as two other important men in his life, all within three months. It has been reported that Sapp, who handled his father’s funeral service, was inspired with the song after his burial right in the pulpit of his church.

The raw emotion conveyed in his record-breaking single — it is the longest No. 1 radio single across genres — is signature Sapp. Previous hits like “Not the Time, Not the Place” from 1997’s Grace & Mercy, resonated with fans similarly because of its relatability.

Like many artists, gospel or otherwise, Sapp began singing in church at a young age. And though he’s listed sexy crooners like Donny Hathaway and Teddy Pendergrass as influences, when Sapp was given the choice between secular and gospel music, he chose based on his Christian beliefs, a choice that has paid off in not only commercial success, but critical accolades as well, including Stellar Awards, Gospel Music Excellence Award as well as Grammy, Soul Train Music and Dove Award Nominations.

The married father of three is also pastor of Lighthouse Full Life Center Church in Grand Rapids, Mich. But just because he’s been called to the ministry doesn’t mean he’s just any old singing preacher. Sapp’s motto: He’s not a singer that happens to preach, but a preacher called by God who is gifted to sing.