Posted in MusicWorld on May 7, 2009 by Bill Holland 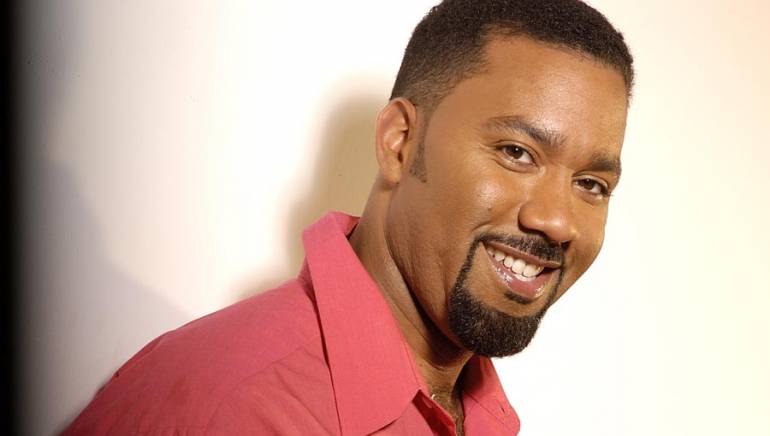 To say that Marcus Johnson is a man with a plan is an understatement. After only a decade in the music business, he is, without question, a man with a realized business strategy.

Johnson did not want to just be a musician; he wanted to become a successful one, and eventually, in his own words, a brand.

On his MySpace page, a line summarizes his goal: “A classic overachiever, Johnson seems to be the embodiment of the motto, ‘Do it big or don’t do it at all.’”

As Robbin Ahrold, Vice President of Corporate Communications and Marketing at BMI puts it, “In addition to being a jazz keyboard virtuoso and composer, Marcus is also a recording artist who has consistently hit the Billboard charts. On top of that, he has put together one of Washington D.C.’s most successful music enterprises.”

The 37-year-old is CEO of his Marimelj Entertainment Group, which includes a production company, his Three Keys record label and music publishing company, and his 8121 recording studio. All are located in the Maryland suburb Silver Spring.

Intellectually inquisitive and flexible, he earned a joint M.B.A and JD degree from Georgetown University to aid him in his quest for success.

Johnson’s style is “urban groove,” a contemporary style pioneered by artists including pianist Joe Sample. In addition to featuring his funky piano playing and an alto sax, the tracks are underpinned by a progressive r&b rhythm section that often includes percussion reminiscent of D.C.’s hometown funk, “go-go.”

Johnson first got “the bug for music” in 1979, when his father took the seven-year-old to an Earth, Wind and Fire concert. He began studying piano in earnest, he says, when he realized he would never be a singer or a rapper.

Johnson pulls no punches when he says he set out to create a successful business success based on music. He recalls reading the autobiography of one of his music business heroes, Quincy Jones. “Here was a man that went from eating fried rodents when he was in Mississippi to having a company and being worth two to three hundred million dollars. And I said, ‘That’s what I want out of life.’”

Johnson speaks of getting up at 3:30 in the morning to write a series of email notes to prospective customers of a new album. He knows the effort will pay off down the line. “Some artists don’t even want to sign CDs for their fans. What is that?”

While still in law school in 1997, he self-produced his first album, Lessons in Love, which eventually sold 40,000 copies – an awe-inspiring number for an independent debut.

His business plan got an early boost when, by happenstance, Black Entertainment Television’s founder and CEO Bob Johnson (no relation) introduced himself to the young musician at the Rehoboth Jazz Festival. Over a lunch, the older Johnson, after “grilling [Marcus] for hours about [his] business plan,” offered to back him in his prospective ventures.

Including his new album, Johnson has now released 14 projects, nine of which cracked the Top 25 of the Billboard Contemporary Jazz chart, including his recent FLO (For the Love Of) series, which includes FLO Romance, FLO Chill, and FLO Standards, which soared to #2 this past March. His grit-groove “Phoenix,” from 2007, peaked at #5.

His Three Keys Music label also released Bobby Lyle’s Straight and Smooth album, which is one of the few projects to score on both Billboard’s Jazz and Contemporary Jazz charts.

Johnson also makes sure to give back to the community. In addition to appearances for Armed Services personnel and vets, he was also a part of 2005’s It Takes a Village Pt. 2 CD project (along with others such as Bobby Lyle and Marcus Miller) that was tied into Breast Cancer Awareness Month. Recently, he was the featured artist at the 45th Anniversary Celebration/Fund Raiser gala for the Black Student Fund, which offers financial assistance and support services to foster quality education for African-American kids in the Washington Metropolitan Area.