Posted in MusicWorld on February 12, 2008 by Malcolm Venable 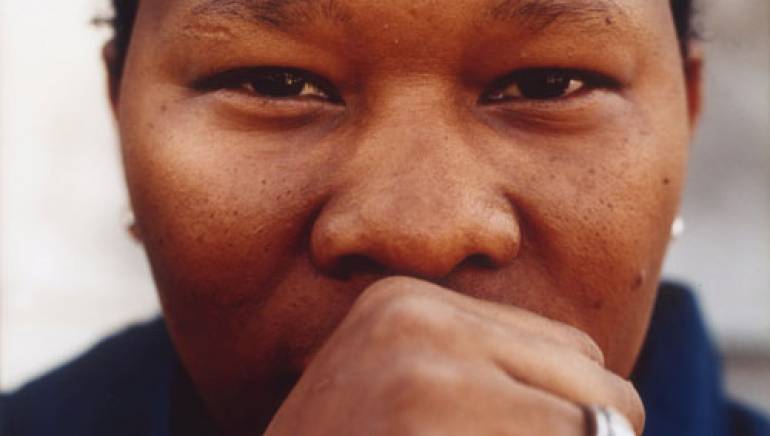 Some hip-hop producers are ubiquitous fixtures on radio, magazine covers and red carpets. Others move a bit more quietly, orchestrating cultural movements with the tap of a few keys.

Mannie Fresh belongs in the latter camp. He is not quite a household name like some mixmasters, yet he is nonetheless a force, a man responsible for engineering much of the popular Southern rap music of the late 1990s. His productions have moved over 20 million units, and set the tone for an influential style of “street” music that has replicated by countless artists across the country.

A native of New Orleans, Mannie — born Byron O. Thomas — learned to play keyboard as a youngster. By 10, he’d become a DJ for a hip-hop group named New York Incorporated. Spinning records at hot local parties put him in the attention of a rapper named Gregory D, with whom Mannie released the 1992 album The Real Deal on RCA Records. The album didn’t do well outside of the South, but it introduced Mannie to the industry, and of course, made him a local star.

Disenchanted with the big labels’ handling of street music, Mannie parted with Gregory and began producing for local talents, including rapper Mia X. Mannie also fell in the company of Bryan “Baby” Williams (also known as “Birdman”), who hired Mannie Fresh as the in-house producer for artists on his Cash Money Records label. In its heyday, — the late 1990s through 2001 — Cash Money saw phenomenal success, cranking out a number of Top Five Billboard singles as well as platinum and gold albums by artists including Juvenile, Lil Wayne, B.G., and Baby. Much of this is Mannie’s doing; he’d become revered for his bouncy sound, built around thick bass and quirky, often deceptively simple synthesizer strokes.

But Mannie’s success meant more than just selling a lot of records. The stronghold his music created shifted the spotlight away from New York and West Coast rap, generating considerable interest in the South as a new creative center.

In 1998, Mannie Fresh and Birdman formed Big Tymers and released four albums. Mannie branched out a bit in 2004, releasing his first solo album, a 30-track opus called The Mind of Mannie Fresh. In the same year, he also co-produced tracks on the critically praised comeback album for Teena Marie and even opened a car customization shop in Houston called Fresh Rydes. In the following year, Mannie Fresh joined Def Jam South, and in 2006 he appeared alongside singer Frankie J on a pop-r&b song “That Girl.”

Mannie has since been slated to contribute to projects by artists including T.I. and Nas, further proof that his once local “street” style has officially caught on.