Posted in MusicWorld on October 12, 2011 by Brittney McKenna 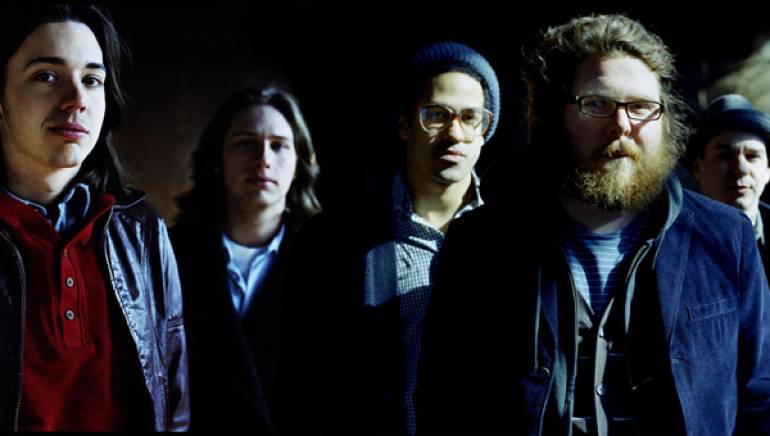 There are a lot of people who believe writing a song is as simple as plugging the right elements into the right formula—a hook here, some meaningful lyrics there, maybe a key change or two thrown in for good measure. Despite its title, Manchester Orchestra’s latest record Simple Math is anything but formulaic.

Songwriter, vocalist, and guitarist Andy Hull is well known for writing about tough subjects—death of loved ones, religious conflict, and the difficulties of coming of age. Simple Math continues that trend, though it’s the band’s first record that delves into Hull’s own personal history and confronts his troubles and triumphs, particularly within his marriage, through a first-person, unedited lens. 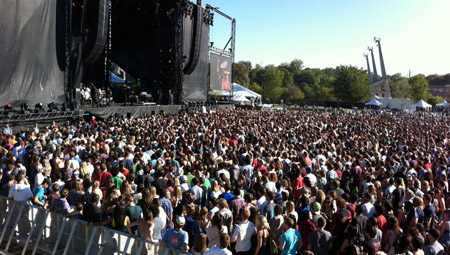 “It’s definitely a concept record in the sense that it chronologically tells a story from start to finish,” Hull explains. “It just so happens the story is about myself and the details and names have been changed to protect the innocent.”

That is, of course, not to knock the lyrical authenticity of Hull’s earlier work, which attracted fans on the merits of its unbridled, emotive nature. Hull himself admits, though, that it’s been a long time coming to step out from behind the protection of a song and begin telling his own stories.

“I think it was definitely a process to get there,” Hull says. “I have always been able to write really personal stuff, but this was the first time I was all right with telling people what I was talking about.”

While writing such personal material is an accomplishment in itself, reliving each experience through countless nights of live performance would wear on even the most stoic of performers.

“It gets more and more difficult the longer you are on the road, but as far as reliving emotions, it’s something you get used to and appreciate more than anything else,” Hull says. “Singing about hard times and rough patches when you have moved past them can actually be super encouraging.”

For those inevitable times when bleeding oneself onto a page may be a little much for one man to handle, Hull has the support of his band mates, both on stage and in the studio. Many of the songs on Simple Math were written or arranged in collaboration with the other guys, and, in addition to the record’s lyrical growth, it displays a sonic sophistication that earlier records hinted at but hadn’t yet achieved.

“Sometimes [a song] is a complete thought and the guys add in their parts to it when we get into the rehearsal space,” Hull explains. “Other times it starts from nothing and my brain starts working overdrive realizing what kind of song we have on our hands here.”

Putting oneself out there in any regard is daunting and, at times, risky, but Simple Math is tangible proof of how it was a risk well worth taking—the record is easily the band’s best to date, and is indicative of a band who has accomplished a lot but will always be hungry for more.

“We wanted to make the best record of all time,” Hull says. “Time will tell.”