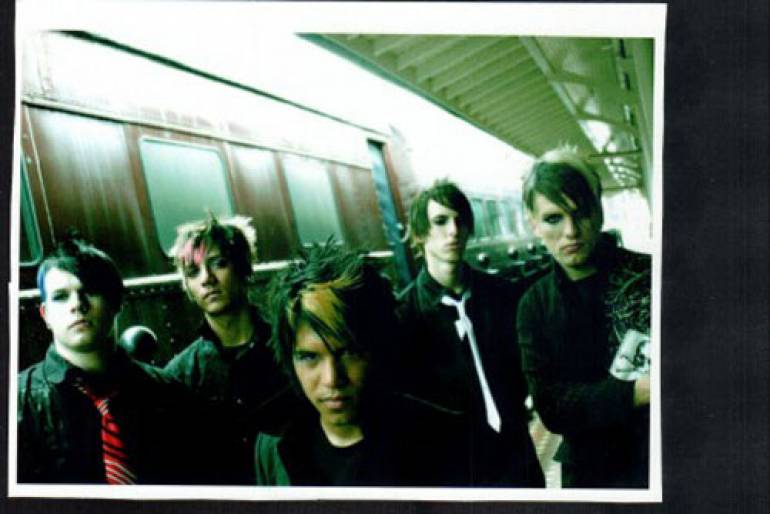 Rising up in the midst of the eminent Texas music scene is a band that puts a new twist on rock. Never before have five young men from such diverse backgrounds come together to create anything like this. A captivating front man with a killer voice, edgy sound and lyrics that tell a story, it’s no wonder they continue to draw multiple heart beats at a time. They have set a new standard to live up to in the world of music: makeshifte.

makeshifte began with a completely different roster, and now, with Mikey remaining the only original member, they are stronger than ever. Even as the roster changed, so did the guys’ places on stage. Mikey found his way from drums to front and center on the microphone, Ren gave up the mic to perfect his passion on bass, and Josh established himself on the keyboard as well as on guitar. It’s easy to see makeshifte is a band that can do anything they set their minds to.

makeshifte has created a buzz all around the U.S. With small acoustic tours under their belt, being voted “Musicians’ Choice” in the 94.5 (Clear Channel) Texas Buzz Awards, and winning battles of the bands to play select Warped Tour dates, makeshifte has only just begun.

makeshifte is currently hitting the pavement making their way to homes and venues nationwide. A successful personal acoustic tour at the beginning of this year motivated the band to reach out to more of their fans and they have just launched the Listen, Love It, Add-ict Tour aimed straight toward the homes of their biggest fans. The Listen, Love It, Add-ict Tour is dedicated to makeshifte’s fans across the United States that haven’t had a chance to see them yet, so the show is being brought to them! This tour will be FREE to the fans. All they ask for is a small donation to help them get to the next town and next fan coast to coast.

• Filming second video for “Footsteps” (releasing at a later date)

• Sharing the stage with touring national acts such as The Finalist

• Having their music played on large radio broadcasts nationwide including 94.5 KBTZ, The Buzz, in Houston; KRXQ, 98 Rock in Sacramento, California, etc.

With an amazing CD release show this past January, where the band sold over 300 CD’s and drew over 600 fans, makeshifte was also a featured artist on BMI’s showcase at the recent SXSW Music Festival in Austin. With continued support and tons of new fans becoming addicted to makeshifte’s captivating sound everyday comes the buzz that’s creating a platform, putting makeshifte above all others.