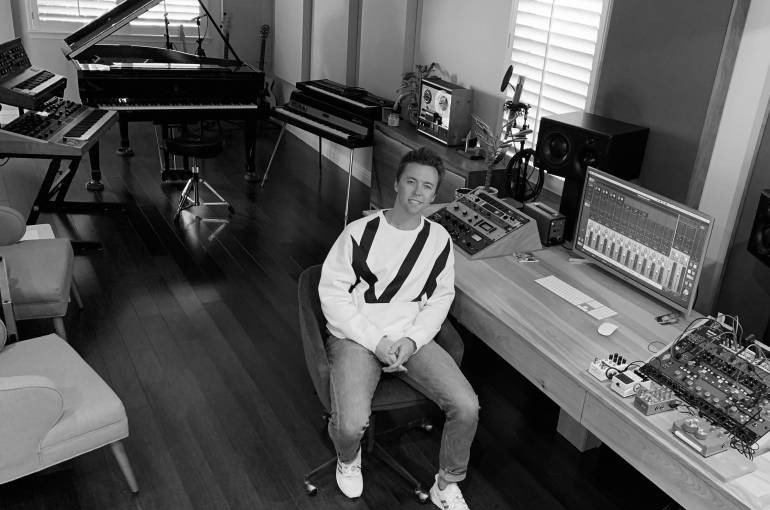 Having honed his chops via a diverse musical background, Mark Nilan Jr. is comfortable in many roles. A promising producer, songwriter, arranger, composer and multi-instrumentalist, the Detroit-born and California-based BMI affiliate has put to work what he learned earning a Masters in Jazz at the California Institute of the Arts and from his Motown roots, collaborating with top writers and producers across multiple genres. Last month, Nilan won a GRAMMY for Best Soundtrack for his role as producer and songwriter for the multi-platinum A Star is Born soundtrack. And now, Nilan is already hard at work on multiple projects, including impending works with Tate McRae and SCOOB. BMI recently caught up with Nilan to see how he makes it all come together.

How did you first get involved with A Star is Born?
I met Lady Gaga through one of my best friends in the industry, Paul Blair (Dj White Shadow). In early 2017, Paul calls me one morning and says he’s going in to a session later that day with Lady Gaga and Diane Warren, would I like to join?  I probably shouldn’t put what I said in response, we’ll keep it PG… but let’s just say I was stoked.  So we had our first session at The Village recording studio.  It went amazingly.  We wrote a song called “Why Did You Do That,” which ended up being used in the movie.

Our sessions for the movie continued over the next couple years.  We worked all over the country.  A lot was done here in Los Angeles.  But we also went on the Joanne tour with Gaga, and converted one of the tour buses into a recording studio and worked all across the United States.

How did it feel when you were nominated for the Best Soundtrack GRAMMY?
Have you ever had a butterfly gently land on your nose while standing on a hillside covered in flowers while looking at a giant rainbow burst out over the mountains in the distance?  Well, it didn’t feel like that. It felt like parachuting out of an airplane, and then when you pull your chute two angels pop out of your back and gently land you on a bed of feather pillows.

You’ve studied and trained in different musical disciplines and produced records from a diverse roster of artists – is there one genre you feel is your comfort zone more than others?
Whichever genre is open to real music.  I’ve spent the last year getting my home studio together, acquiring a ton of great vintage gear, vintage synths and nice mics for my baby grand piano and vocals.  I’m just way into the warmth of a live performance.  So every single song I make these days, I always incorporate me actually playing something, or a lot of things, that aren’t soft-synth based.  No quantizing.

It brings me back to the first time I heard Keith Jarrett on recording.  My dad always had music in the house.  He’s a jazz piano player.  So he put Keith on through the big speakers in our living room where I grew up.  I was probably 13 years old. The playing was great and all, but the thing that stuck out to me the most was the moaning. I was like “what the hellll is that??”  Sticking my ear right up next to the speaker. That’s one thing you don’t hear anymore…dudes moaning while playing piano.  I’m trying to bring that back. Real, raw playing.

What was it like working with Kat Dahlia?
Kat is incredible.  She’s a straight G. Super witty and smart with the lyrics. And can sing like a dove.  Her voice is iconic, it really sells the records we make together.  Kat and I and our friend Cassio write together once a week.  Every Wednesday they come over and we make songs and eat salads. It’s the best.  We’re in the infancy stages of starting a group together.  I’m very excited about it.  We’re still flushing it out.

What do you look for in a collaborator?
I’m on the constant search for people that are super clever and intelligent with lyrics.  That’s the rarest collaborator.  A ton of people can make beats, can sing great melodies, have cool voices, but the rare ones are those that come with concepts that I can understand, that come quick with the lyrics that aren’t overly thought out, not too poetic.  I’m always pushing them to write it so I can understand it.  I know what works best, and that’s simplicity.

To your mind, what’s the secret to a great pop song?
Easy words.  Clear as day concepts.  Repetition.  An instrumental that touches the soul. And by that, it’s not about complexity, it’s about realness…to me.  The best songs are those that can stand up when you perform it stripped with just a vocal and a piano.

So I’m the most into a great singer, singing words I can understand, with interesting melodies, deep pocket, and me playing soul piano on a real piano.

Any exciting projects coming up that you can tell us about?
I’m excited every day. Wake up, hang out with my two boys in the morning.  Hit the gym. Drink some coffee.  Make music all day.  Cook dinner.  Spend the evening with the fam.  It’s a beautiful thing.

I don’t get excited about releases anymore.  So many false hopes and promises in this business.  It’s smarter to not focus on that, keep your head down and enjoy the day-to-day ride.

But yeah, I’ve got a bunch of songs and projects in the hopper…but you can’t count your chickens `til they hatch.