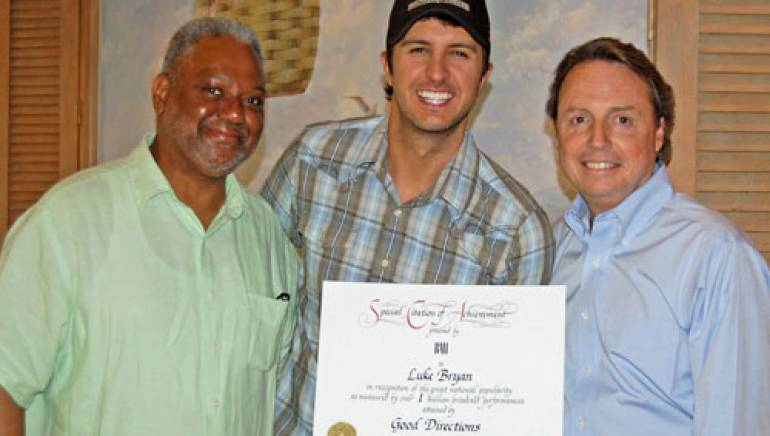 During his visit, staffers surprised the contemporary honky tonker with a Million-Air Award recognizing more than one million performances of Billy Currington’s “Good Directions,” which Bryan co-wrote. While presenting the award, BMI’s Jody Williams noted the momentousness of the accomplishment, explaining that one million performances is the equivalent of playing the song, back-to-back, for six years. An up-and-comer with a bright future, Bryan’s new album, Country Man, dropped August 14.