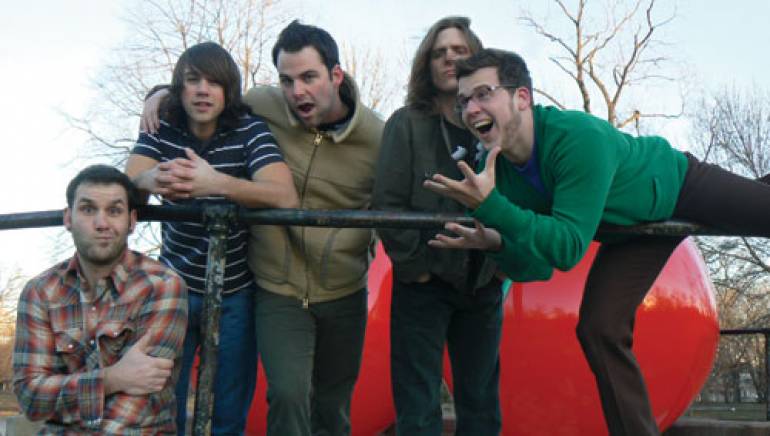 “Our goal?” Andrew Volpe, Ludo’s front-man, pauses and reflects in a very rare moment of silence. “To entertain people without making them dumber!”

Perhaps it’s Volpe’s way with words along with the band’s commitment to achieving that goal that has made Ludo so successful in the short time they’ve been together. The band put out their self-titled album at the end of August 2003, having never played a show. Ludo immediately hit the road, playing coffee houses, open-mics, college campuses, and anywhere else people would listen. Before too long, Ludo was headlining clubs and colleges throughout the Midwest and Texas, playing to crowds that were decked out in Ludo cherries and screaming every word. Things only got better as word about the band spread nationally. Fuse got word of the band, and Ludo appeared three times on Daily Download and their video for “Hum Along” was featured several times on Fuse programs - a first for an independent artist.

After a year and a half, over 200 shows, and 3000 copies sold, it was time for a new record. The band put everything else aside and spent the summer of 2005 writing and recording what became the Broken Bride EP. When it was said and done Ludo had created a rock opera - a love story that spanned from the beginning of time to the apocalypse. Music critics embraced the record as “a rock and roll adventure for the ages” and “a competitor for best EP of the year.”

In 2006, Ludo signed with Island Records and is currently in the studio with Matt Wallace (Maroon 5, Sugarcult, Faith No More), recording their major label debut.