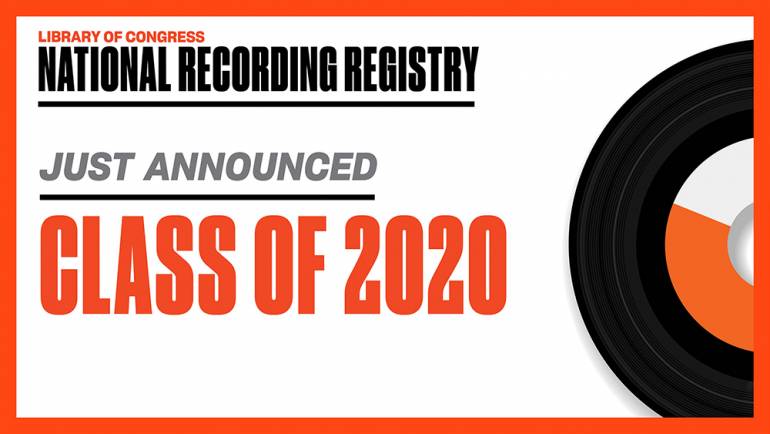 Carla Hayden, Librarian of Congress, today named 25 recordings worthy of preservation for all time in the National Recording Registry based on their cultural, historical or aesthetic importance in the country’s recorded sound heritage. Of the 25, BMI is very proud to announce that ten are BMI registered works.

“The National Recording Registry will preserve our history through these vibrant recordings of music and voices that have reflected our humanity and shaped our culture from the past 143 years,” Hayden said. “We received about 900 public nominations this year for recordings to add to the registry, and we welcome the public’s input as the Library of Congress and its partners preserve the diverse sounds of history and culture.”

The 25 new inductees bring the number of titles on the registry to 575. This year, NPR’s “1A” will host several features on the selections in the series, The Sounds of America. You can follow the conversation about the registry on Twitter and Instagram @librarycongress and #NatRecRegistry.

Below is the list of BMI singles and albums that have been added to the National Recording Registry this year. To read more about the musical works, please visit the Library of Congress website. Congratulations to the entire 2020 NRR class of extraordinary music creators!