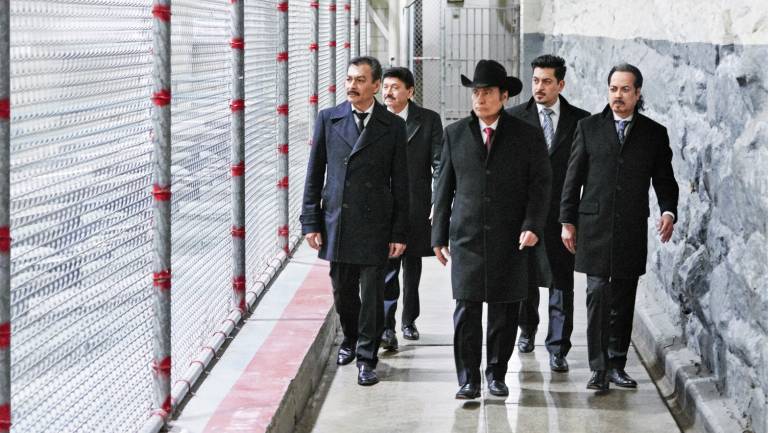 With 24 #1 albums, 50 #1 singles, and more tracks on the Hot Latin Songs Chart than any other artist or group, Los Tigres del Norte is one of the most influential and popular Latin bands of all time. Now, the BMI-affiliated band has yet another achievement on the horizon: a Netflix Original Documentary entitled Los Tigres del Norte at Folsom Prison, which premieres on Sunday, September 15, the first day of Hispanic Heritage Month.

Filmed 50 years after BMI affiliate Johnny Cash gave his historic concert at Folsom Prison, the documentary features Los Tigres del Norte also performing for inmates at Folsom, as it explores the world of Latino incarceration. Through the band’s songs as well as stories of Latino and Latina inmates who were interviewed for this project, a powerful and hopeful narrative emerges.

“We have come to Folsom prison to be with those who lost their way, and those who have been forgotten. We’ve come here to bring our music into their lives, 50 years after the most famous prison concert in history when the legendary Johnny Cash played Folsom. We have always felt a deep bond with Johnny Cash and his music… [which] like ours, is about those who struggle, the marginalized, and the voiceless,” said Los Tigres del Norte, in the documentary.

Leading up to this debut, the GRAMMY and Latin GRAMMY-winning band will also release a landmark live concert album of the same name on September 13. This first soundtrack album in the band’s five-decade career features the single “La Prision de Folsom (Folsom Prison Blues),” which was created with the support of John Carter Cash, the icon’s son, and written in collaboration with Ana Cristina Cash, his daughter-in-law. Currently rising on the charts, it is the first-ever Spanish language version of Cash’s classic song and has already garnered more than 2.7 million views on YouTube.

Catch the trailer for the groundbreaking film, which was directed by award-winning documentarian Tom Donahue and written by Los Tigres del Norte and Zach Horowitz, former President and COO of Universal Music Group. Plus, check out the videos for “La Prision de Folsom” and “Mi Sangre Prisionera.”