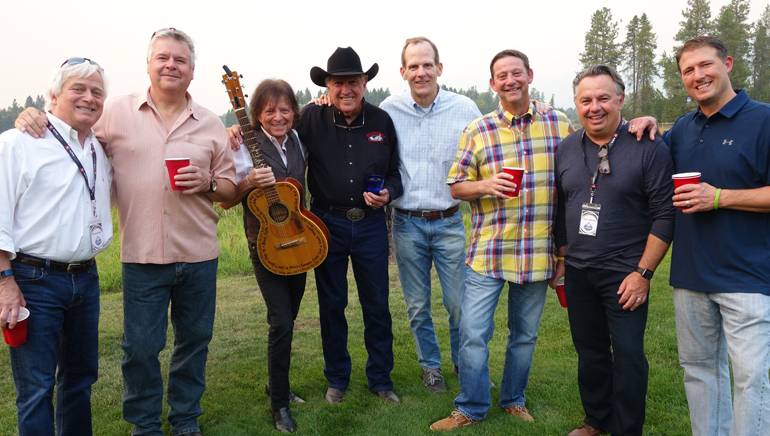 Hall of Fame BMI songwriter Even Stevens was the featured entertainment at Alpha Media’s Leadership Retreat held recently (9/12) in Big Fork, Montana. Stevens, who wrote more than 900 tunes for, and with his friend Eddie Rabbitt, performed his hits and told the stories behind his songs for the Alpha Media corporate staff along with the radio group’s market managers. Having co-wrote such Eddie Rabbitt classics as “I Love a Rainy Night,” “Step by Step,” “Driving My Life Away” and “Suspicions,” along with the Kenny Rogers’ smash hit “Love Will Turn You Around,” Stevens also authored the world-wide smash “When You’re in Love With a Beautiful Woman” that Dr. Hook took to the top of the AC/Pop charts. Alpha Media’s two-day meeting wrapped up with a barbeque at owner Larry Wilson’s ranch in Big Fork where Stevens entertained the enthusiastic audience of radio executives. Alpha Media owns and operates more than 200 stations within 50 markets across the U.S.