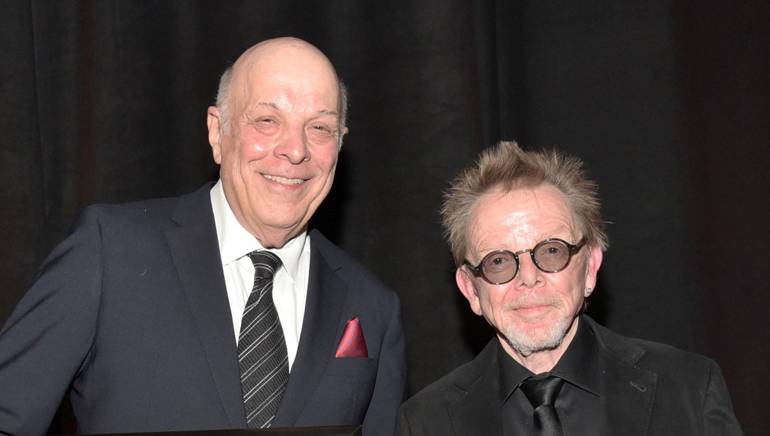 On Sunday, December 3, at the American Society of Music Arrangers and Composers Golden Score Awards, legendary GRAMMY and Emmy-winning BMI composer Charles Fox was honored alongside his “Love Boat” theme collaborator Paul Williams. The gala took place at the Hilton Hotel’s Sierra Ballroom in Universal City, CA. Fox, who is also a Songwriter Hall of Fame inductee, has composed music for such classic TV shows as What’s My Line? Love American Style, Happy Days, Wonder Woman and Laverne & Shirley, while his film work includes scores to Barbarella, Foul Play, and Nine to Five. Additional credits include penning mega hits “Killing Me Softly With His Song,” “I’ve Got a Name,” and “Ready To Take a Chance Again,” as well as works for theatre that include “The Chosen” and “Midsummer Night’s Dream.” Several of these iconic works were performed during the event, including a set by BMI affiliate Mervyn Warren.