Posted in MusicWorld on July 21, 2016 by Malcolm Venable 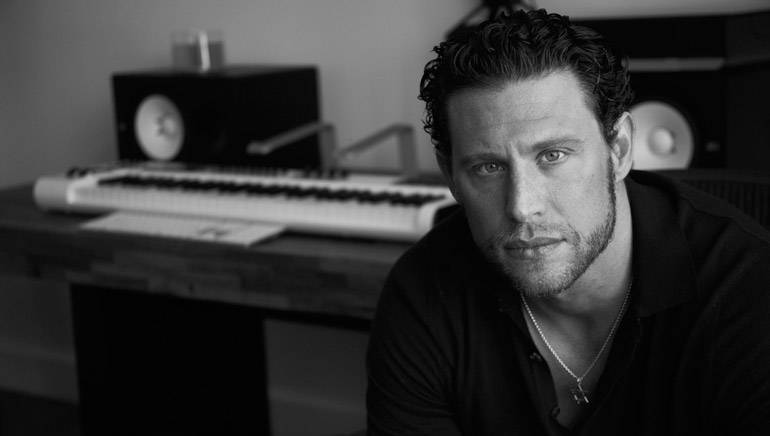 Writer-producer J.R. Rotem is having another great year, with a BMI Pop Award for Fall Out Boy’s “Centuries” in May and an incredible 10 tracks on Gwen Stefani’s No. 1 album This Is What the Truth Feels Like. But even though the South African-born, Bay Area-raised phenom can claim a long list of career achievements, he’s really writing the textbook on how to win by being exceptionally versatile.

After Berklee—where he intended to focus on film scoring but ended up studying jazz composition—Rotem landed his first placement with Destiny’s Child (“Fancy” in 2001) and then started a label, Beluga Heights, with his brother Tommy. After signing Sean Kingston, Rotem cut his teeth making music for rappers including 50 Cent (“Position of Power”) and Rick Ross (“Push It”). His conscious decision to transition to pop resulted in Rihanna’s “SOS,” her first No. 1 and a global hit.

He kept expanding his horizons, writing Leona Lewis’ “Better in Time,” which was nominated for a BRIT award, and more tunes for A-listers including Britney Spears, Nicki Minaj and Meghan Trainor. And if moving seamlessly from urban to pop to rock wasn’t enough, his most recent pivot cemented him as a true dynamo: writing and producing (10 songs!) for the second season of Fox’s Empire. Rotem is developing artists too: up-and-comers who’ll no doubt get an invaluable lesson in how to do a lot of things well. BMI caught up with the multi-hyphenate in between studio sessions.

What does getting a BMI Pop Award for your music mean to you, and tell me about your relationship with BMI overall?

I was honored to get that. I’ve been with BMI my whole career. I signed up further back than I can remember. They’ve always supported me quite a bit in a lot of different ways. It’s been a smooth, enjoyable working relationship. Usually I’m in the studio creating music. My managers and publishers handle the business side. I’m not, like, on the phone with people on a daily or weekly basis, but BMI has supported me and been generous in any way you can think of.

Particularly with an artist like Gwen Stefani, for whom you crafted many songs on her recent album, you’re creating work that’s really personal and confessional. Why is it important to get artists to open up and be vulnerable? How do you do it?

In the case of Gwen, I was lucky to work with such an iconic superstar, which initially was just to do one session. That alone would have been amazing––she’s someone whose music I grew up on––but she really connected with me and chose to do the majority of the album with me. I didn’t plan for that—I was lucky to do that and be there. Everyone knows she was going through something personal; her goal was, ‘I want to tell my story, I want to make this honest.’ It was therapy. I was capturing her thoughts. At the beginning, she wasn’t telling me details, but I could hear it in the lyrics. It became obvious what we were writing about. Her whole thing was, ‘Let’s be honest about what I’m going through, and if we stumble on commercial stuff that’s great, but that’s not the focus.’ We figured out how to crack the code. It was a blessing more than anything.

Going back a bit, your parents ensured your interest in music was honed with discipline, including piano lessons. How’d you feel about that back then, and how do you feel about it now?

I really credit my parents with recognizing my talent for music early on. They were music lovers – my dad plays flamenco and classical guitar and he introduced me to different albums, the Beatles and other stuff. They supported and encouraged me, and gave me lessons at a very early age, like four. They stuck with it; they didn’t push it on me, they embraced it. That was the passion that led me where I am today. I always knew I’d do something in music – some form of playing or composing. I thought I wanted to do film scoring and ended up stumbling into jazz.

How has that rigorous training benefited you?

I think learning all that music theory and chords, it plays into what I do today. Being a producer can be a very general word. Some come to it from a DJ background; some maybe start as musicians and become producers. When I work with artists, I have that ability to…if they’re humming a melody I know what chords [to play]. For me personally, my forte is in being very musical and I incorporate that into what I’m doing, but you certainly need other skills to work with talent.

You made a conscious decision to transition into pop. Why?

My background is as a jazz and classical pianist. When you come from those roots you have a passion for a lot of different genres. I wanted to express myself in a lot of ways. I loved hip-hop but I didn’t want that to be my only genre. I’m just as inspired by a piano ballad as I am hard hip-hop. Just making great music that connects is important to me regardless of genre. Hip-hop is just one side of my musicality I wanted to stretch.

How has creating music for Empire stretched or challenged you as an artist?

Making music for Empire was amazing for me. Early on one of my goals was to make music for TV and film. My path didn’t lead me directly to that; I only had limited experience – I did beats for Entourage. With Empire, I really just had to jump two feet in and figure out the process. There are similarities to what I do in the studio. The difference is they’re giving me a brief of what’s happening: ‘We need a song. This character is going to be in this situation, and will be singing about it.’ I want it to be a dope song that can function on two levels – work independently and address the brief so it complements the drama and dialogue. There’s pressure because it moves faster. They might want to hear it in 24 or 48 hours. I have to hustle with my team to guide them to make sure we’re coming up with the right song, and then turn in a final product in a short time. I really enjoy the process. I don’t think it’s for everyone. Some people may not want to produce under those parameters but something about that deadline pushes and drives me. I like the puzzle aspect: How do we make a song that checks all the boxes? I like that.

You’ve talked in the past about how technology has impacted the creative process––particularly the synergy that happens when people are together in the room. How is that different working on music for a TV show?

As you know [Empire] is primarily shot in Chicago. The actors are mostly there; I’m still in L.A. I’d get the brief and then I would start the songwriting process in my studio in L.A. Often they get to the studio in Chicago…and the session would be uploaded to the Internet, all the files transferred seamlessly back and forth. I might create background vocals, do doubles, overdub them, create dub harmonies and then mix it…but none of that would be able to be done without technology.

How would you say social media has impacted what you do?

It really has changed how people listen, where they hear about [music]. You have more choices. I sign acts now, and it’s not just hearing about an artist on the radio. It’s definitely changed things.

You now have a label, and are shaping young talent yourself. What would you say are the biggest lessons you impart to people coming into the business? What are you looking for when finding talent to support and nurture?

It’s just a feeling; something feels special about them. They stick out in some way, they’re not cookie cutter. It could be an artist’s strengths and weaknesses: you may have an artist’s amazing voice but not be a songwriter. For me, it’s not so much a mathematical list. I guess I come from the more old-school mentality. The albums I really love were usually guided by one sole producer. Sometimes you have this disjointed body of work chasing whatever the next sound is. That’s not what I’m inspired by. I like this cohesive sound, like the artist stands for something. That’s the way I like to work as well, somebody that has passion for this huge undertaking, [someone who thinks] “How do I live and breathe this project? I hear a chord progression, and [think] how do I bring that into this album and [make it] something special?” I need to be deeply inspired by artists to want to [work with them]. It has to inspire me on some level.

I’m focused a lot of energy into Marteen (Estevez, cousin of GRAMMY-nominated singer Kehlani.) There’s a movement of music coming from the Bay Area… He’s an R&B singer and his music is extremely genuine. I try to hone in on what his point of view is, where he’s coming from, and see how we incorporate who he is into the music. It’s a tricky balance. Of course, everyone wants their music to be heard by the whole world, but how do you do it in a way that’s genuine? Fans can tell when it’s manufactured – I want to embrace what’s genuine. Also, a lot of TV and movie projects… just getting into the studio with artists inspiring me at this point. I’m just trying to stay as creative as possible. I’m enjoying this phase, seamlessly going between genres. The most consistent thing is focusing on my artists. That’s where I’m investing my time.