Latin rock band Aljadaqui celebrated the release of their new album, Radio Del Alma, at New York’s Branch Nightclub on September 19. BMI’s Porfirio Pina, a staunch supporter of Aljadaqui, whose members all recently signed with BMI, was in attendance. 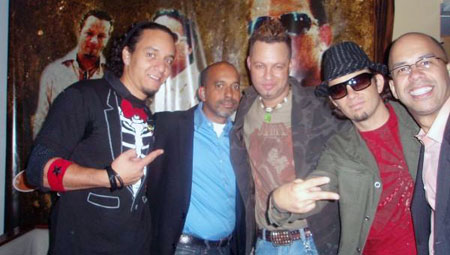