Posted in MusicWorld on December 10, 2008 by Kevin Zimmerman 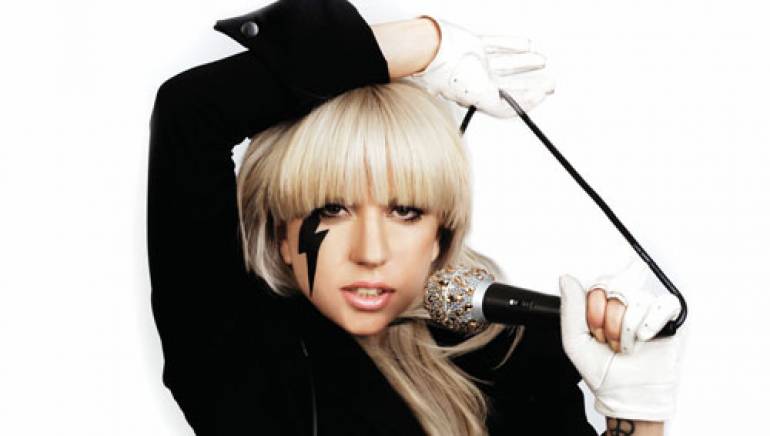 “It’s not really rocket science,” she says. “The music is intended to inspire people to feel a certain way about themselves, so they’ll be able to encompass, in their own lives, a sense of inner fame that they can project to the world, and the carefree nature of the album is a reflection of that aura. I like to funnel interesting ideas to the rest of the world through a pop lens.”

Her debut album, The Fame (Interscope), reveals the Lady’s fun-filled approach to dance music, mixing together elements of Madonna, Gwen Stefani, and Britney Spears to synthesize a highly infectious pop world of her own. Flaunting an elastic voice that can turn on a dime from emotional wailing to coy falsetto, she’s already conquered the dance charts with the single “Just Dance,” which has won her a Grammy nod for Best Dance Recording.

Further time spent with The Fame reveals a singer/songwriter not shy about Peaches-styled double (or even single) entendres on the spoken-word “Poker Face,” and the self-evident joyous hedonism of high-energy tracks like “Love Game,” with its declaration, “I wanna take a ride on your disco stick.”

Born 22 years ago as Joanne Stefani Germanotta, the future Gaga had taught herself to play piano by age four, and was a club fixture in New York throughout her teen years before being signed as a songwriter to Interscope by age 20. After penning tunes for the likes of Pussycat Dolls and New Kids on the Block, her “Just Dance” demo convinced the label to forge ahead with her recording career.

“I was always an entertainer,” she says. “I was a ham as a little girl and I’m a ham today.”

The “ham” in this case goes beyond impressing with her voice: Gaga has also become well-known for her fashion sense, evinced by designing and wearing her own eye-catching clothes.

“Fashion is everything,” she declares. “When I’m writing music, I’m thinking about the clothes I want to wear on stage. It’s all about everything all together — performance art, pop performance art, fashion. I want the imagery to be so strong that fans will want to eat and taste and lick every part of us.”

Okay then. As for her nom de stage — she’s the first Lady to conquer the dance clubs since Deee-Lite’s Lady Miss Kier back in the early ’90s — she admits to lifting it from Queen’s hit “Radio Gaga.”

“I always loved rock and pop and theater,” she affirms. “When I discovered Queen and David Bowie is when it really came together for me and I realized I could do all three.”

Like those artists, she remained committed to her self-defined mission of revitalizing dance-pop.

“What has been lost in pop music these days is the combination of the visual and the imagery of the artist, along with the music — and both are just as important,” she says. “With my music, it’s a party, it’s a lifestyle, and it’s about making the lifestyle the forefront of the music.”