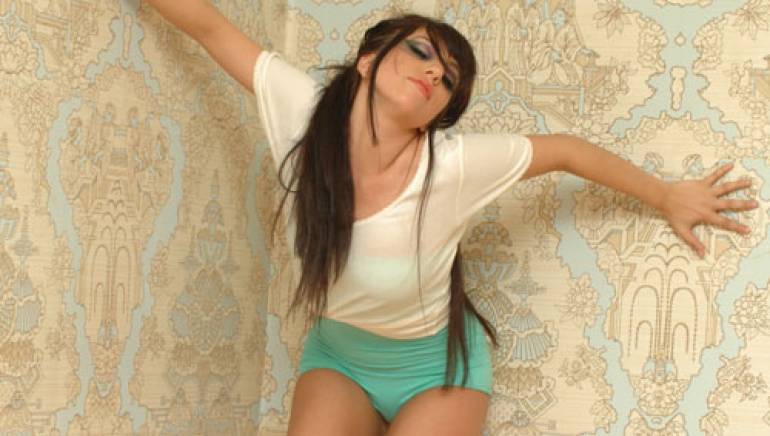 Who’s that lady? She’s half a rock star, half a rock star’s girlfriend. She’s 20. She’s a songwriter. She is a singer. She’s a pianist. And she’s crazy. A RETRO, DANCE, FREAK. She has ears made of classic-rock, a voice of the 60s, the moves of a Brit-Disco queen, and a heart made of doo-wop and strawberry milkshakes. If GaGa had it her way, retro would be a noun, and pop just a cute name for soda–not a dirty word.

This lady is a tiny person with a big voice and a lot of love to spread. During one of many wild performances in 2006, dancing at the piano in her trade-mark spanky pants and black eyeliner–the hypothetical lovechild of David Bowie and Jerry Lee Lewis–LADY GAGA, was discovered. Soon after, GaGa signed with multi-platinum producer, Rob Fusari.

Her debut album is a hip-hop infused pop-lovers dream. The album combines her love of Beatles’ melodies with retro dance beats, plastic synth sounds, and a corky rock piano style that solidifies her as a true drama-QUEEN. Check out Lady GaGa along with her DJ and Go Go dancer Lady Starlight, in downtown NYC, for the ultimate POP BURLESQUE ROCKSHOW. (Can you think of anything better than two hot groupie chicks singing retro pop in their panties? We can’t) Lady GaGa & Lady Starlight: Changing the world one sequin at a time. Peace, Love, & Disco, The first Retro Sexual* (ladygaga)