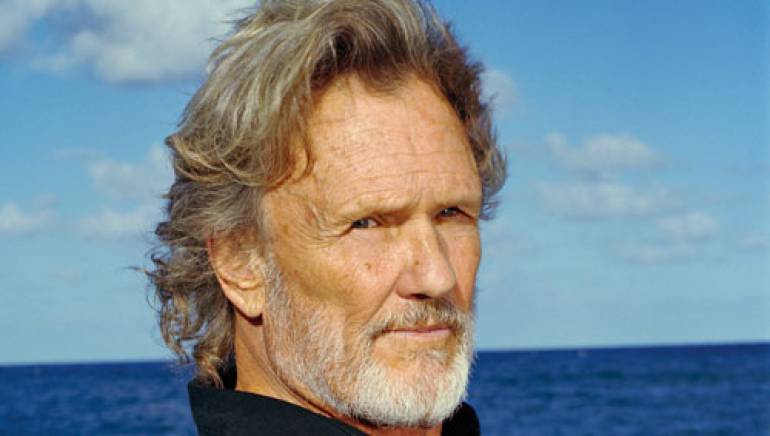 Kris Kristofferson will be honored as a BMI Icon at the 57th annual BMI Country Awards, the oldest awards saluting country’s top music makers. Slated for Tuesday, November 10 at BMI’s Music Row offices in Nashville, the black-tie, invitation-only gala will also celebrate the songwriters of the past year’s most-performed country songs from the extensive BMI catalog.

The Icon designation is given to BMI songwriters and artists who have had “a unique and indelible influence on generations of music makers.” Kristofferson, who will be saluted with an all-star musical tribute that evening, joins an elite list of past honorees that includes country music stalwarts Willie Nelson, Merle Haggard, Dolly Parton, Whisperin’ Bill Anderson, Charlie Daniels, Loretta Lynn and last year’s honoree Hank Williams, Jr., along with multi-genre nobility like the Bee Gees, Isaac Hayes, Ray Davies, James Brown, Crosby, Stills & Nash, Steve Winwood and more.

As often as the monikers are interchanged, “poet” and “songwriter” are not necessarily synonymous—unless, of course, one is referring to Kris Kristofferson. With the penetration of a poet and the humbling grace of a troubadour, Kristofferson built a legendary career most recognized for its versatility, authenticity, and sheer brilliance. He has received 48 BMI Country and Pop Awards for his compositions including “Sunday Mornin’ Comin’ Down,” “Why Me,” “Me and Bobby McGee,” “Lovin’ Her Was Easier (Than Anything I’ll Ever Do Again),” which was also the BMI Country Song of the Year in 1972, “Help Me Make It Through the Night,” which garnered seven BMI Country and four BMI Pop Awards, and “For the Good Times,” which won a BMI Country Award each consecutive year between 1971 and 1979 as well as five BMI Pop Awards between 1970 and 1974. Three Grammys line his shelves. He is a three-time BMI Country Songwriter of the Year, and eight of his compositions have generated substantially more than one million performances. While he wrote most of his masterpieces alone, his co-writers include giants Shel Silverstein, Marijohn Wilkin, and Fred Foster. He has starred in numerous films, including Lone Star, the Blade trilogy, Pat Garrett & Billy the Kid, A Star Is Born, for which he garnered the Golden Globe trophy for Best Motion Picture Actor, and Songwriter, for which he received an Oscar nomination for Original Song Score. Along with Willie Nelson, Waylon Jennings, and Johnny Cash, Kristofferson also formed the Highwaymen. He is a member of the Country Music Hall of Fame, Nashville Songwriters Hall of Fame, and Songwriters Hall of Fame, which also honored him with the prestigious Johnny Mercer Award in 2006. Recording now for New West Records, he will release a new album in September of this year. A Rhodes Scholar capable of choosing virtually any path, Kristofferson decided to write songs, and for that, purveyors and lovers of American music are eternally grateful.

Hosted by BMI President & CEO Del Bryant and Nashville Writer/Publisher VP Jody Williams, the 57th Annual Country Awards will recognize the songwriters and publishers of the top BMI country songs played on American radio and television during the previous year. In addition to the Icon presentation, BMI will bestow prestigious honors on the Country Songwriter of the Year, Country Publisher of the Year and Most Performed Country Song of the Year, also known as the Robert J. Burton Award.