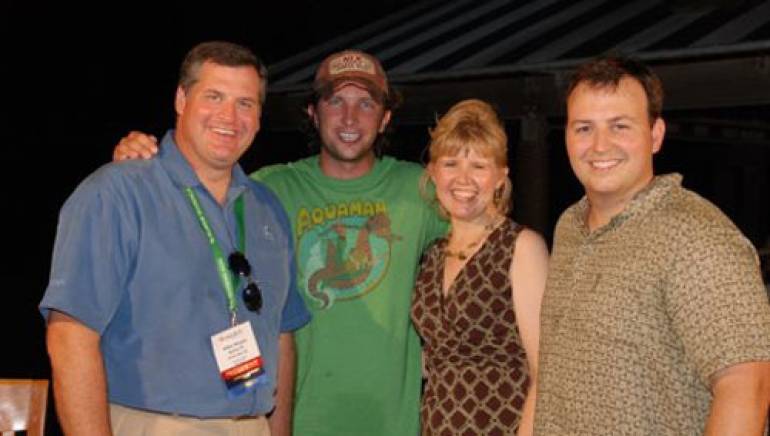 “Country Music with a Smile” is what songwriter Brandon Kinney’s music has been labeled, and after his recent performance for the South Carolina Association of Broadcasters in Hilton Head, the group of attendees agreed. Tabbed as a modern day Roger Miller, Kinney kept the audience in stitches with songs such as “Red Neck, Black Bra, White T-Shirt,” “Hicks” and “I Need A Beer.” His debut album on Capitol Records, Smells Like Texas, is loaded with comedic songs relating to everyday life. Kinney is an accomplished songwriter, having had his songs recorded by artists including Willie Nelson, Randy Travis, Emerson Drive, and Lonestar.