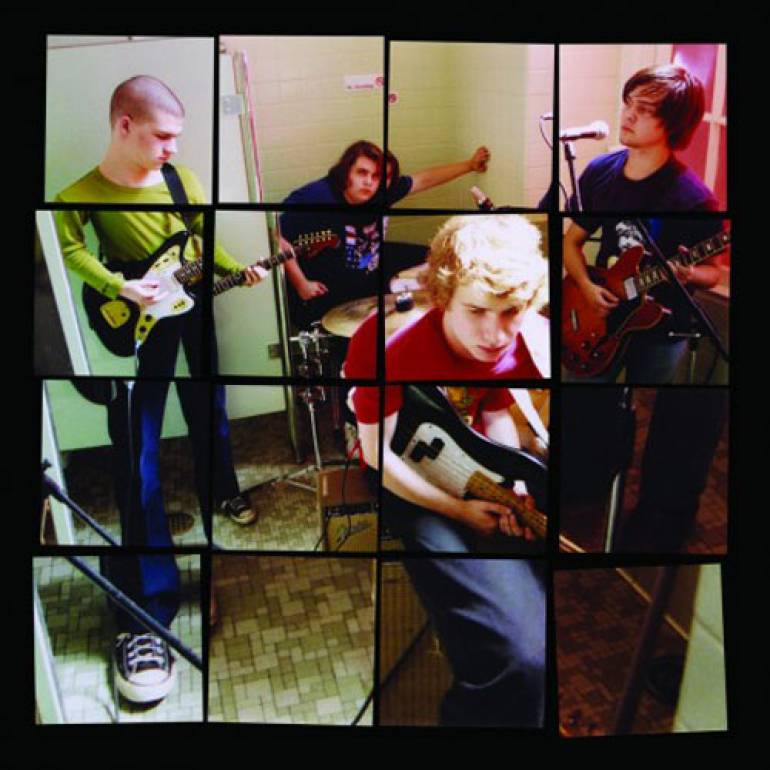 Upon discovering rock ‘n’ roll, every teenager achingly longs to start a band. Rarely, however, does that band propel itself out of the garage fueled by the restlessness of youth, and into the realm of record labels nationwide. Jackson, Mississippi’s King Elementary are one of the lucky ones.

All four members are the ripe old age of eighteen. While most kids are on summer break, they’re practicing in their garage. While most kids are spending their weekends studying for tests and writing papers, they’re playing shows. Nothing about King Elementary is angst-ridden, awkward or uncertain — these are, by far, some of the most confident rock songs you’ll hear all year.

Their first demo tracks won the attention of acclaimed producer Dennis Herring (Modest Mouse, Elvis Costello). He was so taken by the band’s uninhibited energy and melodic sensibility, he asked if he could record King Elementary’s first album, and release it on his own Sweet Tea Records.

The result is Kudzu, an album that eclipses all the rock trends of the moment relying on sheer post-adolescent adrenaline to get the message across. Too young to drink, too cool to go to class, King Elementary draws on elements of power pop, hardcore, Southern rock and indie sounds to create the perfect soundtrack to youth’s reckless abandon.

Each song sounds as if it’s ready to start a drunken brawl with you. With guitars braced and ready to pounce, singer/guitarist Morgan Jones’ vocals are a swaggering dare, encapsulating the exact moment when a fun little discussion turns brutal. The melodies trample a blurred line between exuberant (see the “ba da bops” on “Thief of Hearts” and “For the Birds”) and world-weary (“Hit the Mirror” and “Sand and Romance”).

King Elementary might be one of the luckiest crews of good southern boys on earth, but after one listen to Kudzu it all becomes clear…they’re just that good.