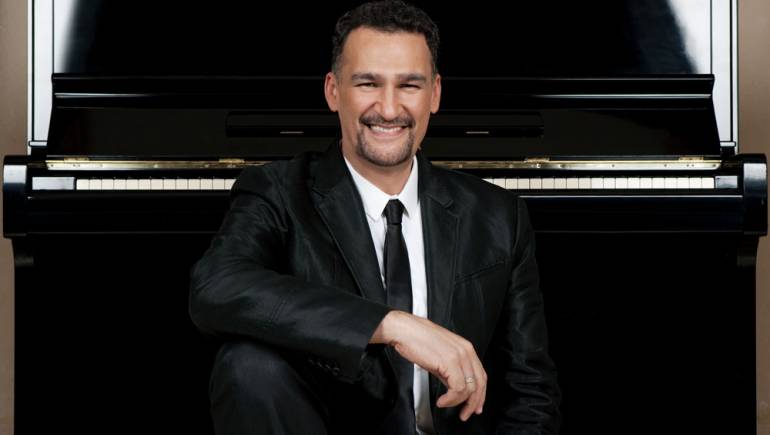 Kike Santander will receive the BMI President’s Award at the 18th annual BMI Latin Awards slated for March 10, 2011 at the Bellagio Hotel in Las Vegas. Hosted by BMI President & CEO Del Bryant and Delia Orjuela, BMI Vice President, Latin Music, the private ceremony will recognize the songwriters and publishers of the past year’s top BMI Latin songs played on American radio and television.

The BMI President’s Award is presented on unique occasions when an individual songwriter or executive has distinctly and profoundly influenced the entertainment industry. In receiving the BMI President’s Award, Kike Santander joins an elite list of past honorees that includes Juanes, Taylor Swift, Emilio and Gloria Estefan, and Willie Nelson.

Kike Santander is a musical idol maker. He has earned 25 BMI Latin Awards and was named BMI Latin Songwriter of the Year in 1998, 1999, and 2000. He has received three Latin Grammys including Producer of the Year in 2002, and was crowned Billboard Latin Songwriter of the Year in 1999. A brilliant songwriter, producer, arranger, and musician, he has written and/or produced international smashes for artists including Alejandro Fernández, Gloria Estefan, Marc Anthony, David Bisbal, Thalia, Cristian Castro, Carlos Santana, Jennifer Lopez, David Bisbal, Chayanne, Nestor Torres, and more. A Renaissance man whose interests combine art and humanitarianism, Santander attended a musical conservatory and medical school in his native Colombia, the latter from which he graduated as a physician in 1985.

The BMI Latin Awards will also salute the Latin Song, Songwriter and Publisher of the Year.