Posted in MusicWorld on December 25, 2009 by Dan Kimpel 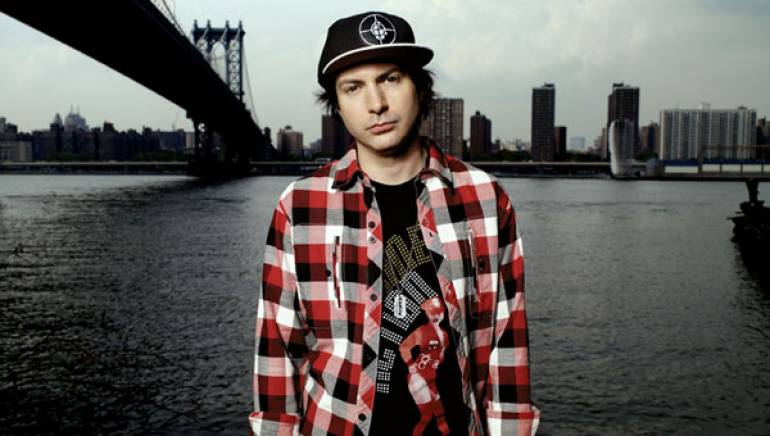 New York native Kevin Rudolf has two ascending careers. As a hit artist signed to Cash Money/Universal Republic Records, he tours to promote his debut In The City, while he also ricochets between Miami and Los Angeles for songwriting and producing projects. His signature combination of rock and hip-hop reveals tandem influences. “Both rock and urban music are organic: talking about things in life, surviving in the world and trying to make your way,” he says. “Obviously hip-hop is more, ‘Look at me, look what I’ve got, look what you don’t got,’ and rock has become more introverted, but they’re coming from the same place, wanting recognition, or to have somebody care.”

While his multi-platinum hit single “Let it Rock” (featuring Lil Wayne) served as an auspicious introduction, Rudolf is no stranger to the studio. “I started as a guitar player and I worked with Timbaland for a long time,” he says. “This allowed me to get in the door, to be around a lot of people, see a lot of big records being made and become a part of them. Black Eyed Peas, Nelly Furtado, LL Cool J and Lil Kim — to be around that energy and watch people do what they do really well gives insight into making successful songs and records.”

According to Rudolf, with the exception of its pre-chorus, the melody of “Let it Rock” is essentially only one note. “I started making the track and vibing over it like a chant. I thought it might be driven by the rhythmic theme of the notes as opposed to the actual melody. When it came out people said, ‘Can I have another one of those?’ It’s funny — I don’t think most artists could carry it off. It’s very unique to me and to my energy and emotion. A lot of a&r people don’t understand that it’s not about cutting it; it’s about tailoring it and making it the artist’s song. I may not be the most skilled singer, but I know how to communicate emotions through my voice.”

Cobra Starship’s smash single “Good Girls Go Bad” (featuring Gossip Girl actress Leighton Meester) united Rudolf with co-writer Kara DioGuardi. “She’s cool,” Rudolf offers. “I wanted to stay away from the more the ‘professional songwriters,’ but she’s super talented. It’s a pleasure to work with somebody and be more the producer, and allow other people to write and smooth the process along. We make sure that every line is perfect, but we move it along so quickly that it feels like an inspired experience.”

Current and upcoming releases include tracks with Three 6 Mafia, Lifehouse, Lil Wayne, Leona Lewis, Allison Iraheta, Birdman and Rick Ross. As a concession to his touring schedule, Rudolf installed a recording studio in his tour bus to work on tracks for Cobra Starship’s Hot Mess. He shares these thoughts on production: “Go with your gut; the first idea is the best most of the time. Don’t over think things, and always have a hook that sticks out – arresting sounds work better than things that are subtle. We live in an age where everyone’s attention is all over the place. You can focus listeners by having a sound that’s really exciting the second it comes in.”

Bells, whistles and crushing guitars aside, he notes that the essence of a song will shine through its soul. “If you can strip it away to just an acoustic guitar, piano and vocal, you know it’s a quality song. I’m an organic writer; I don’t write just to write, or knock out a song out just to knock out a song. I talk about something that’s real to me. I do that in my artist career, but I try to do it when I write for other people as well.”