Posted in MusicWorld on July 6, 2011 by Malcolm Venable 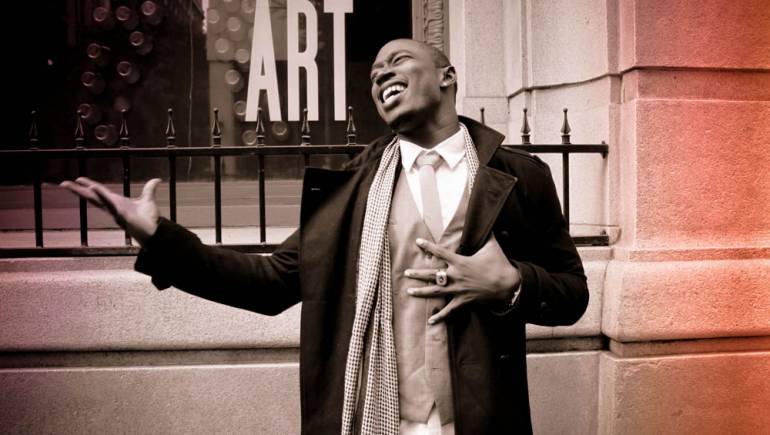 Kevin McCall was supposed to go to the NFL. That’s what his parents wanted: to further the dream of his father and uncles, all great student athletes. McCall grew up in Watts, a once-dangerous part of Los Angeles.

But he had a different dream: He wanted to make music. McCall caught that fever in childhood, singing in church choir, egged on by a family tradition of performing at gatherings. He taught himself piano but, as his folks expected, went on to school. At Washington State University, he excelled. Football. Social science major. Member of Omega Psi Phi fraternity. He minored in music, honing his talent, but a minor isn’t enough to satiate a dream.

“It was culture shock,” he says. “Football is the priority, even more than school. Art is frowned upon. I had to sneak music in.”

After school in 2007, he returned to his parents’ new home. They expected an athlete but found a frustrated musician. “I couldn’t get a job. My parents became my worst enemy.” They kicked him out. He moved back to Watts.

That’s when McCall, a.k.a. K-MAC, began posting music online and working his connections in L.A. By 2009, he’d produced 10 tracks on Chris Brown’s “In My Zone” mixtape. That led to another, Brown’s “Fan of a Fan” collaboration with Tyga, which contained “Deuces,” Brown’s comeback hit that landed at #1 on the Billboard R&B/Hip Hop chart.

McCall has gone on to collaborate with some of r&b’s best talents, including Keri Hilson, Tank, Trey Songz and Keyshia Cole, and has been working on new projects from heavyweights such as Mary J. Blige.

“I had a little ‘I told you so attitude,’” he jokes. “A lot of the music I made living in Watts I could have only made here. In the end, I want to create businesses for my kids, and start a legacy in family.”