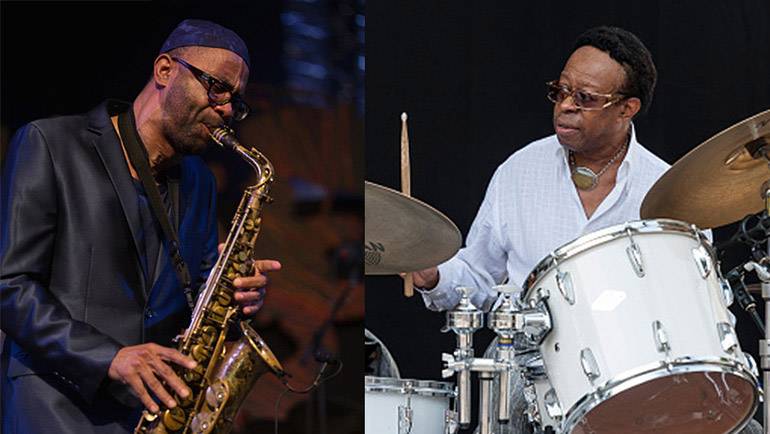 The National Endowment for the Arts (NEA) has announced the 2023 recipients of the NEA Jazz Masters Fellowship with two BMI affiliates taking top accolades: Kenny Garrett and Louis Hayes. These fellowships are the highest honor bestowed upon musicians in the world of jazz and include an award of $25,000. In addition, both Garrett and Hayes will be celebrated at a public concert in Washington, DC, on Saturday, April 1, 2023, in collaboration with the John F. Kennedy Center for the Performing Arts.

GRAMMY-winning saxophonist, arranger, composer, and band leader Kenny Garrett, who has garnered critical recognition for his versatility in jazz, blues, and R&B, began his career performing with the Duke Ellington Orchestra, the Mel Lewis Orchestra, and in 1987, began working with Miles Davis. With more than 20 recordings as a leader, as well as appearing on more than 230 sessions as a sideman, Garrett has also performed and recorded with musical icons, Herbie Hancock and Chick Corea, among many other legends.

As the DownBeat New Star Award winner in 1961, Louis Hayes’ unique talent lies in his extraordinary ability to continue to shift seamlessly between driving hard bop and quiet sensitivity on ballads, making him one of the premier drummers in jazz for more than five decades. In addition to working with jazz legends such as Kenny Burrell, Curtis Fuller, Yusef Lateef and Doug Watkins since the 1970s, Hayes has led his own bands to popular as well as critical acclaim, and has offered his support to new generations of musicians by often featuring them in his outstanding work.

The 2023 NEA Jazz Masters Tribute Concert will mark the culmination of the NEA’s celebration of the 40th anniversary of the NEA Jazz Masters program. More information on the 2023 events, including how to reserve free tickets for the concert and watch the live webcast, will be available early next year. Congratulations to both Kenny Garrett and Louis Hayes. We are so proud to have you as part of the BMI family!