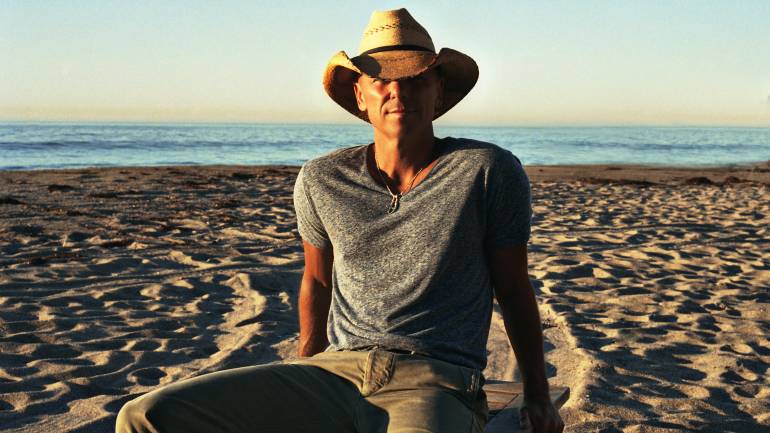 BMI will celebrate the extraordinary career of Kenny Chesney by presenting him with the BMI President’s Award at the Company’s 64th annual BMI Country Awards, to be held at BMI’s Nashville office on November 1, 2016. BMI President and CEO Mike O’Neill will host the ceremony with Jody Williams, BMI Vice President, Writer/Publisher Relations, Nashville.

The BMI President’s Award is presented to songwriters who have distinctly and profoundly influenced the entertainment industry. In receiving the award, Chesney will join an impressive list of past honorees that includes P!nk, Willie Nelson, Brooks & Dunn, Pitbull, Adam Levine, Gloria & Emilio Estefan, and Toni Braxton.

“Kenny Chesney is first and foremost a songwriter,” says Williams. “Not only has he earned the respect of the songwriting community, but he has also developed into a top-notch recording artist who re-wrote the concert touring experience by selling out stadiums year after year. He is a friend to up-and-coming artists and songwriters and is as inspiring as he is talented. It is time to salute him for a career that has brought so much to so many, and is far from over.”

Kenny Chesney defines what it means to be a 21st-century country star. Beyond the eight Entertainer of the Year Awards, a CMA Album of the Year Award for When The Sun Goes Down and ACM Top Male Vocalist and Single of the Year Awards for “The Good Stuff,” the 28 No. 1s, 30-plus million albums sold, his place as the only Nashville act on Billboard’s Top 10 Touring Artists of the Last 25 Years and 135 major stadiums sold out, the high-impact songwriter/superstar from East Tennessee remains about the music first and foremost. Signed by Troy Tomlinson to Acuff-Rose and working the dive bars on Lower Broadway, Chesney learned writing from the best of the old guard, developing a respect for, and knowledge of, what makes a song great. Signed by Phil Walden to Capricorn Records, his “The Tin Man” showed a writer/artist coming into his own – a trend that has continued throughout his 30-million-plus-album-selling career. The Big Revival yielded four No. 1 hits: the GRAMMY-nominated “American Kids,” ’Til It’s Gone,” CMA, ACM and GRAMMY-nominated “Wild Child” featuring Grace Potter and the three-week chart-topper, “Save It For A Rainy Day.” Always looking to stretch the limit without losing his roots, Chesney follows with October 28’s Cosmic Hallelujah, featuring the stunning “Setting the World on Fire” with P!nk. Deemed “The King of the Road” by the Wall Street Journal and “The People’s Superstar” by the Los Angeles Times, Chesney remains committed to capturing peoples’ lives in his music.

In addition to Chesney’s award, BMI will also crown the Country Songwriter, Song and Publisher of the Year, as well as salute the writers and publishers of the past year’s 50 most-performed songs from BMI’s country catalog at the invitation-only event. In an effort to better reflect the way consumers are listening to today’s music, BMI is expanding its criteria to determine the most-performed country songs of the year. In addition to terrestrial radio performances, for the first time, data will also include performances from digital streaming services and satellite radio.