Posted in MusicWorld on April 9, 2010 by Malcolm Venable 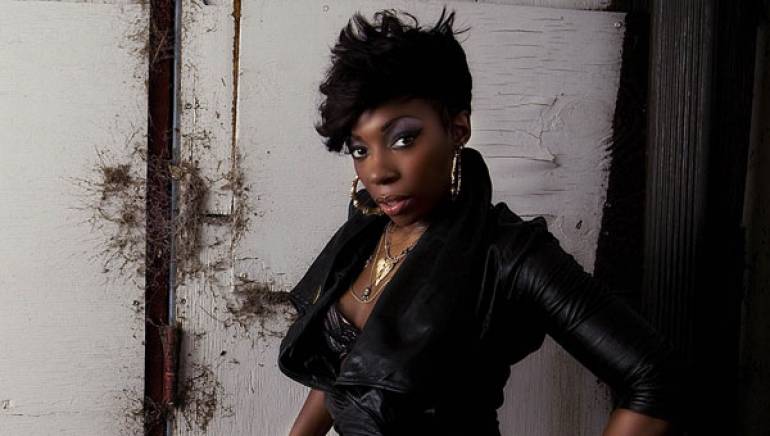 As one of the members of Dirty Money, Kalenna Harper reports to demanding guru Diddy.

“OK, you have to print this just as I say it,” she says. “Working with him, the pressure is on. He wants to get the best out of you. When you accomplish so much, you expect people to overproduce.”

If anybody can handle the challenge, it’s her; look at all she’s already overcome. Every Sunday, nine-year-old Kalenna sang in church. Her father, who was in the military, was an aspiring rap artist, so she’d spend many days with him in the studio. Besides the frequent moving and re-adjusting common among military kids, Harper’s upbringing was pretty standard.

Everything changed when she was around 13: Harper learned that her dad was not her biological father. A crisis of identity ensued. “I became an unruly teenager,” she says. “The only way for me to get through was music.”

After high school, she worked for a while as a maid, singing while she mopped floors. Alone but determined, she moved to New York. For a while, she lived in her car. Kalenna’s ambitions of stardom were curbed when she was told, fairly often, that she wasn’t pretty enough to be a singer. Executives encouraged her to “just go through the back door and be a writer.”

So she did. In time, she started working with production company 1-UP, which helped her land a songwriting credit on Christina Milian’s “Peanut Butter & Jelly.” She signed with EMI, worked hard, and eventually, was introduced to Sean Combs. The rest, as they say, is history.

Dirty Money’s debut is slated for a spring release. Meanwhile, the beautiful Harper is working on her solo album and writing for other artists.