Posted in MusicWorld on March 9, 2011 by Joy Ramirez 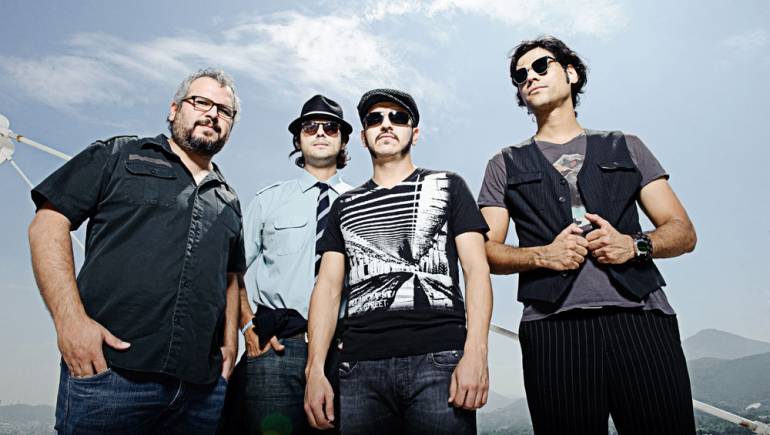 References to the Northeastern Mexican city of Monterrey as “the Seattle of Mexico” have been around as long as the term “grunge.” It’s hard to talk about the Mexican rock scene or Latin alternative music without mentioning many of the American and British bands like Radiohead, Nine Inch Nails or The Flaming Lips that have influenced them. Monterrey’s close proximity to the U.S. –only two hours from the Texas border—makes any discussion of crossover almost unnecessary. The kids of Monterrey grow up listening to American music as much as the traditional Mexican norteño or cumbia rhythms for which the region is known.

Mention the Monterrey-based band Jumbo, and inevitable comparisons come up. They actually started out as a band with a different name and slightly different lineup playing Beatles, Rolling Stones, Pink Floyd and U2 covers in the early 90s. They recorded their first album in 1997, and six albums later, this hard-working “Monterrock” band is not even close to slowing down. “We want to keep going and have a long career making music that sticks with time, not the trends,” says guitarist Jorge (a.k.a. “Flip”) Tamez. “Our goal is just to make good music.”

As humble as that sounds, Jumbo has actually had a lot of commercial success. Their songs have been featured on several film soundtracks and in television commercials in the U.S. and Mexico. They have also opened for Coldplay and toured with artists such as Jaguares, Julieta Venegas and Morrissey.

Last year the band left the big city and the studio for a house in the desert outside of Monterrey to record the EP “Álamo: Canciones en Madera Vol.1” and their latest album, Alto Al Fuego, to be released in May. The point of getting away was “to go back to basics,” according to Flip Tamez. “We wanted to get back to the sounds of a band playing together with their instruments. We love to play.”