Posted in MusicWorld on July 8, 2007 by Dan Kimpel 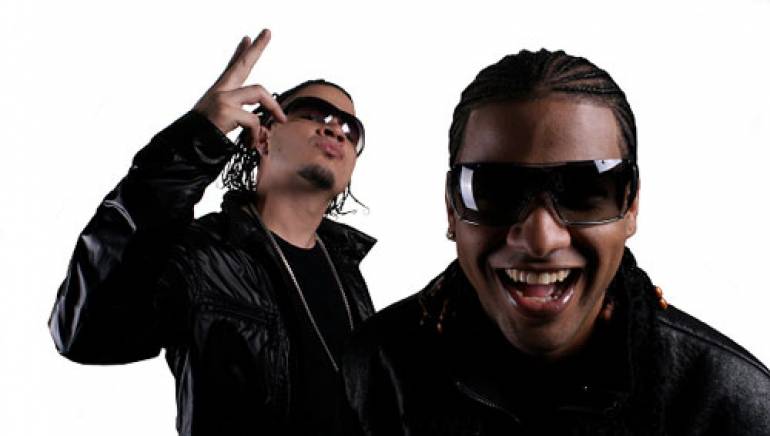 Springfield, Massachusetts and San Juan, Puerto Rico: two far-flung locales united by one explosive and charismatic young reggaetón duo, Jowell y Randy. Jowell (Joel A. Muñoz Martinez), born stateside, began listening seriously to rap and hip-hop at age seven; a mere five years later, he was writing his own lyrics and by age 14 was a fledgling recording artist. Meanwhile, on the island, Randy A. Ortiz was growing up with a similar devotion to the homegrown sounds of reggae and rap. Also an emerging artist while still in his early teens, he was featured on releases alongside genre stars like Don Omar.

Songwriting brought the pair together when they were introduced through a shared producer. A potent team who support each other’s strengths, Jowell y Randy epitomizes the growing cross-cultural appeal of reggaetón, blending their beats with an upbeat, melodic approach. The collaborative nature off the genre serves them well, as they have been included on compilations alongside Mackie Ranks, Ivy Queen, Tego Calderéon, 3-2 Get Funky, Alberto Stylee and Bebe, among others. Their track “Siguelo Bailando Solita” from Boy Wonder and Chencho Records Present Reggaeton: El Draft 2005 paired the duo with big-league reggaetón MCs like Don Omar, Daddy Yankee, and Bimbo; El Documental II in 2006 crowned the pair as “Chosen Few All Stars,” while La Calle Volume I teamed the two with Arcangel on the track “Agresivo.”

Perfect for this video age and a decided favorite among female audiences, street-smart hits like “Soy Una Gargola” and “No Te Veo” plus a new track, “No Juegues Mas,” from yet another CD compilation, Invasion, keeps the energetic pair at the forefront of this pulsating rhythmic landscape.