Posted in MusicWorld on December 1, 2011 by Jewly Hight 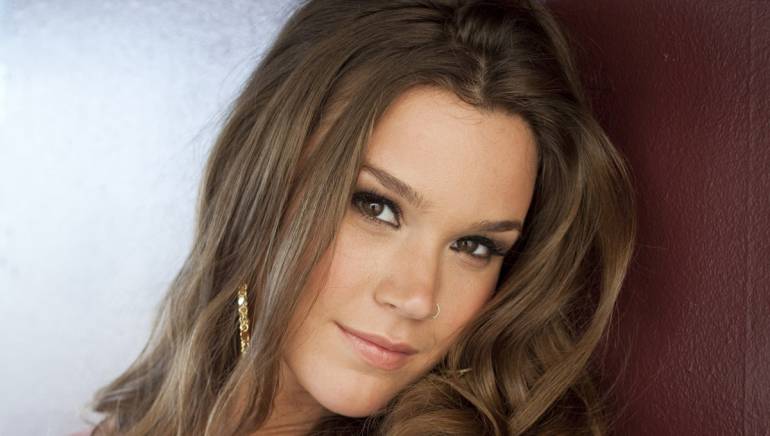 In the eight years that Joss Stone has been in the international spotlight, you’d have to believe she’s fielded questions on just about every topic under the sun at least twice. And yet she sounds pleasantly surprised to find her songwriting the focus of an interview: “Oh, cool! That’s really nice.”

Stone’s voice — a fiery and formidable instrument — has often grabbed the attention. It begins reeling you in approximately two seconds into the opening track of her latest album, LP1.

The world’s introduction to the 24-year-old British belter was The Soul Sessions, a 2003 covers album on which her singing — particularly, a girl in her mid-teens singing like that — was the main event.

But even when Stone was cutting Carla Thomas and Harlan Howard numbers for her debut, she was already experimenting with songwriting herself.

“I never say ‘no’ to trying something,” she emphasizes. “That’s just not in my personality. So I went and I sat with a couple writers, and actually I thought, ‘Oh, this isn’t that hard. You just have to say what you think and put a melody to it.’”

Still, the head of Stone’s then-label pushed for her to make the covers album first: “And then he said, ‘I promise I’ll release the originals afterwards.’ And he did. And that was Mind, Body & Soul [her sophomore album].”

Whether you’re talking originals or covers, soul songs tend to air emotions that come from a deep place. Emotions that, as Stone found out, people associate with adult relationships. Emotions with which she could nonetheless identify.

“I mean, when I was really young, I’d have little relationships, tiny little ones, like kissing boys, which can be just as emotional as what you’d have later on in life,” she says. “It’s just we forget that because we get older. So I could put something like that with a song that a 35-year-old woman had written about a divorce. All you have to do is find a tiny little grain of some truth in there and then it just turns into this emotional thing. Like ‘Victim of a Foolish Heart’ was one of the most emotional songs I ever sang, and I sung that when I was a little girl. And I meant every bloody word of it, even though I didn’t write it.”

Stone defied expectations by meaning it that much: “A lot of people would come to me and say, ‘How can you sing this when you’re so young? How can you be so emotional?’ That was one of the most irritating questions I had at that time.”

A lot of the classic soul and pop divas were song interpreters rather than songwriters, but Stone is just as into the writing part.

“I have the opportunity to sing really great songs, because I know some really awesome songwriters, and they’ll just write them for me,” she points out. “But that takes the fun out of it for me… It’s a different kind of fun than being on stage, but for me… it’s actually more fun.”

Stone is free in her approach to songwriting like she’s free in speaking her mind. From album to album, she often has a primary co-writer (in the case of LP1, that’s veteran pop producer and fellow Brit Dave Stewart). And she’s comfortable enough in her skin to go with the creative flow.

“I’m so glad that that’s happened,” she adds, “and I think it’s because I started young and I was thrown into all these different situations very quickly and on a large scale. So I kind of…had to figure it out. I had no other choice, really. I couldn’t just sit there and insist that people do it my way, because I didn’t have a way. I like the fact that I keep jumping and changing and having a good chunk of time with these people. It helps me to grow.”

Watch, listen and learn more about Joss Stone on her official YouTube channel.

Jewly Hight is a freelance writer based in Nashville. She has contributed to Nashville Public Radio, American Songwriter, Relix, The Nashville Scene, and other publications.