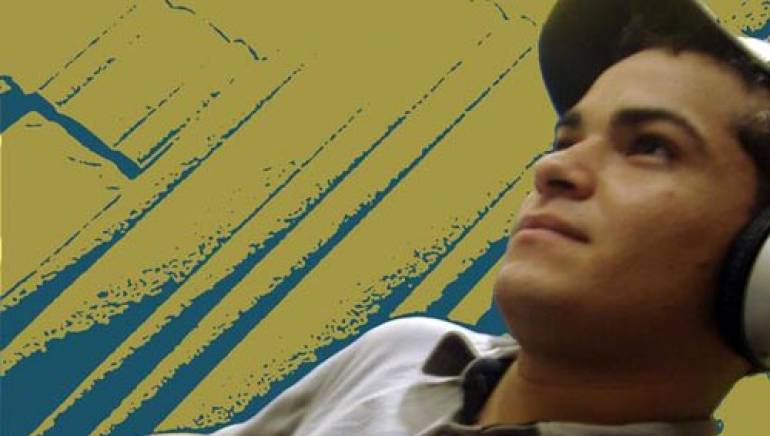 Porfirio Piña, Director of the BMI Foundation’s peermusic Latin Scholarship, has announced that Jorge Luis Rodriguez is the winner of the sixth annual peermusic Latin Scholarship, a competition for original Latin songs and instrumental compositions. Rodriguez, a 21-year-old native of Puerto Rico and a student at Puerto Rico’s Universidad del Turabo, received a $5,000 scholarship for his song, Aunque No Vuelva Amancer. The award was presented onstage during the BMI Latin Awards ceremony held in Palm Beach on March 12.

The scholarship competition was established through the generosity of Ralph Peer II and the peermusic companies and was open to students between the ages of 16 and 24 attending colleges and universities in the United States and Puerto Rico. The 2009 jury included BMI’s Delia Orjuela, peermusic’s Ramon Arias and Julio Bague, Sony ATV Music Publishing’s Claribel Cuevas and BMI’s Marissa Lopez. Porfirio Piña, Director of the Foundation’s peermusic Latin Scholarship and Senior Director of Writer & Publisher Relations-Latin at BMI in New York, oversaw the selection and judging process.

Founded by Ralph S. Peer in 1928, peermusic is a global network of music publishing companies operating from 33 offices in 27 countries. There are over a quarter of a million titles in the company’s catalogue, and songs that vary from country, blues, jazz and pop to Latin, concert and rock.

The BMI Foundation, Inc. is a not-for-profit corporation founded in 1985 to support the creation, performance and study of music through awards, scholarships, commissions and grants. Tax-deductible donations to the Foundation come primarily from songwriters, composers and publishers, BMI employees and members of the public with a special interest in music. Because both the Foundation staff and the distinguished members of the Advisory Panel serve without compensation, over 95% of all donations and income are used for charitable grants. For more information see www.bmifoundation.org.