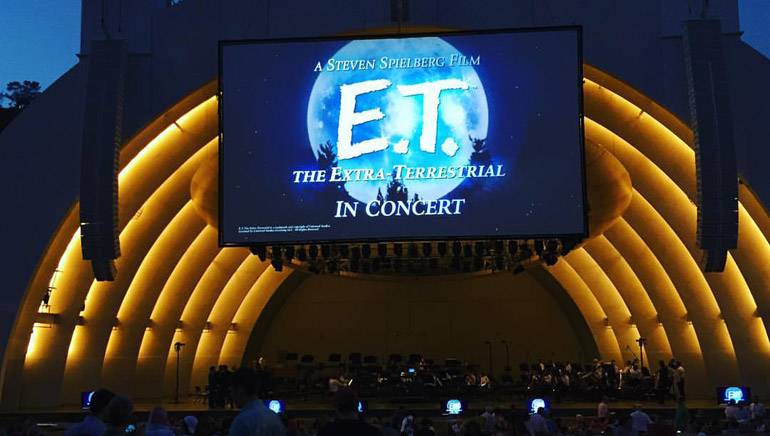 This past weekend, the LA Philharmonic performed John Williams’ entire Academy Award-winning score at the world premiere of E.T. the Extra-Terrestrial Live in Concert at the renowned Hollywood Bowl in celebration of the film’s 35th anniversary. Played live by the orchestra, which was majestically conducted by David Newman as the film played in HD on the Bowl’s big screen, the performance was a co-venture between IMG Artists and the Gorfaine/Schwartz Agency, which represents Williams, as well as other notable composers working in film and TV. In addition to this historic performance, Film Concerts Live! will also feature another Williams’ score when the 21st Century Orchestra will perform Raiders of the Lost Ark Live in Concert Dec. 4-Jan. 2 at KKL in Lucerne, Switzerland. Raiders is also celebrating its 35th anniversary this year.